Broadcasting and distribution were postponed due to the spread of the new coronavirus, although the second phase of "No Guns Life" was scheduled to be broadcast from April 9th. The new broadcast schedule is "If the broadcast start date is decided, let me know again."

■ The TV anime "No Guns N 'life,"
the same name comics original of Karasumatasuku teacher. The director is Mr. Naoto Ito, the series composition is Yukie Sugawara, the character design is Masanori Shino, and the animation production is Madhouse. "Extended" humans who have mechanized parts of their bodies and expanded their functions. In a society where they and real humans coexist, Inui Juzo was a living business as a "processor" to solve the problems caused by the "extender". He himself was an "extender" with a huge revolver on his head. One day, Thirteen is asked to protect a boy named Tetsuro from a man with a full-length dilator who is hunted by the Security Bureau as a kidnapper. Tetsuro had a secret about a super giant, Beurelen, which dominate the city. To complete the request, Thirteen will be hostile to Verulen, who is following Tetsuro. 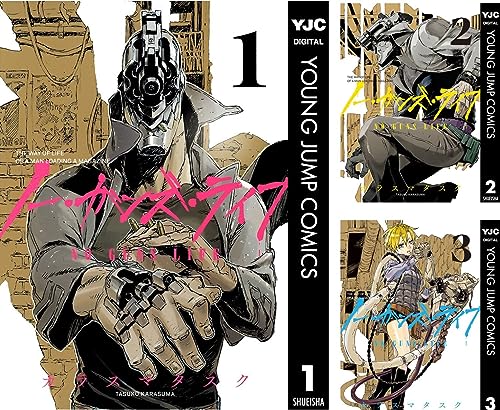 Synopsis and scenes of the TV anime "BanG Dream! 3rd Season" # 03 "Return!" . . Rokka is told a rejection and has a complicated feeling. Saaya who knows the situation recalls when she joined Poppin'Pa ...

"I don't want to hurt, so I'd like to swing my defenses to the extreme.", episode 1 special advance delivery decision!

From the TV anime that will be broadcast from January 8, 2020 (Wednesday) "I do not want to hurt, I would like to swing my defenses to the extreme." In addition to the decision to hold the "Illustrati ...