To prevent the spread of the new coronavirus, today's self-restraint continues today. I'm always bored staying at home! Recommended for you! Let's introduce the original card games of popular anime such as "Yuru Camp", "BEASTARS" and "Zombie Land Saga".

This time, we will introduce a card based on 5 titles of "Yuru Camp", "BEASTARS", "Zombie Land Saga", "The Shield Hero", and "Sumiko Gurashi" on sale from Slow Curve A game. The outline of the game is as follows!

"One Night Werewolf x Yuru Can △-Who is the culprit who spilled curry in the middle of the night !?"

"One night wolf x Yurucan △-Who is the culprit who spilled curry in the middle of the night!? ~" Is when the characters of "Yurucanpo" went to camp and stayed at the pot of curry for breakfast. A card game that is played by a person who is killed by someone and searches for the criminal who spilled curry instead of a werewolf. 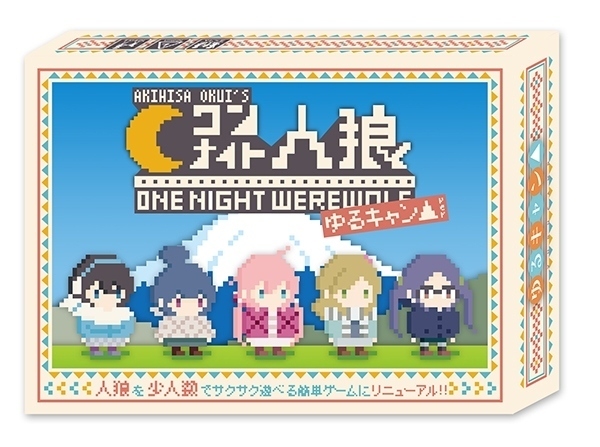 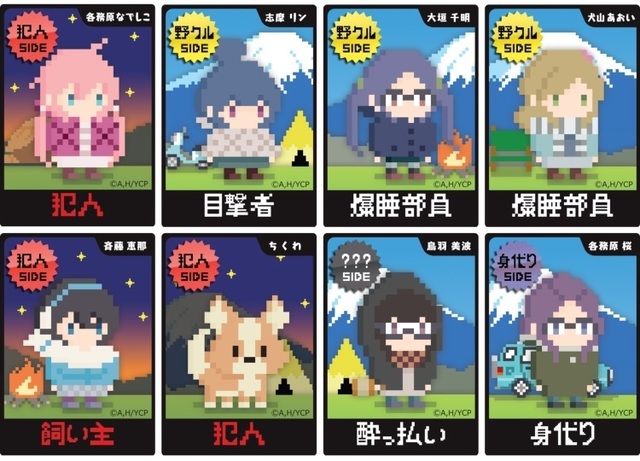 "B-Stars x One Night werewolf-Search for the criminal who hides at Cherryton Gakuen!"

"Bee Stars x One Night Werewolf" is a card game that seeks out the culprit of the "food murder" that occurred at Cherryton Gakuen while maintaining the world view of the work. 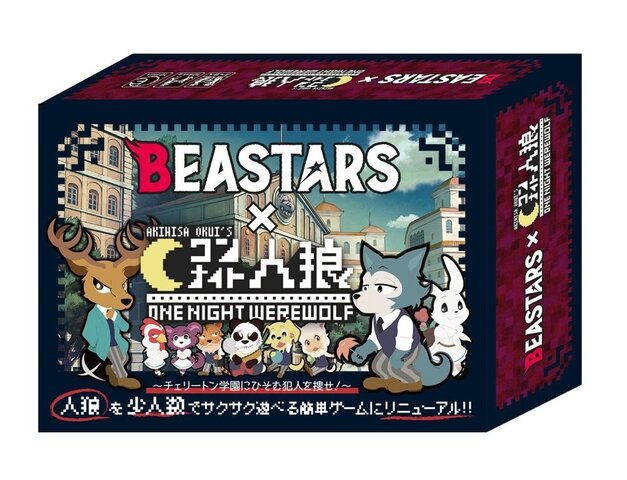 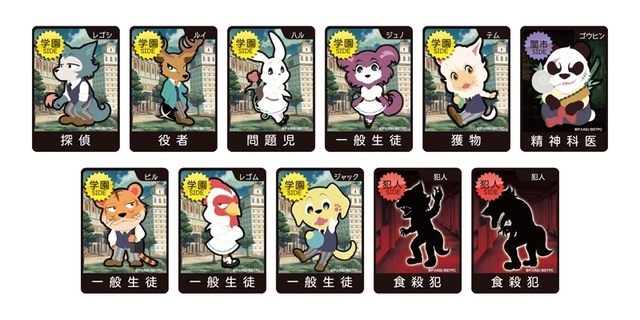 The player becomes a character such as Legosi or Louis belonging to the "school side" and seeks out the culprit in the incident belonging to the "food killing side". The basic rule of the werewolf game, which seeks out the identity of the opponent while hiding its identity, remains the same, while "One Night Werewolf", which can be settled in one turn (one night), is a card game that can be played easily and enjoyed repeatedly The definitive edition.

"Zombie Land Saga-A Nice Game to Your Heart-Saga-" is a game where the player becomes an idol producer Kotaro Tatsumi and leads the idol group "Franche Shu" appearing in the anime "Zombie Land Saga" to succeed in the live, and more Card game aiming to get fans (= points). 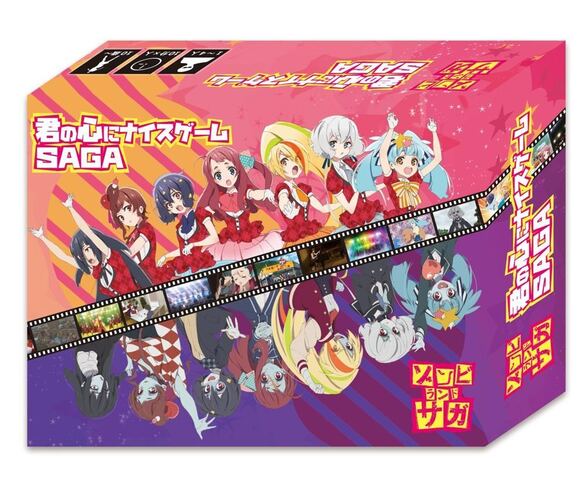 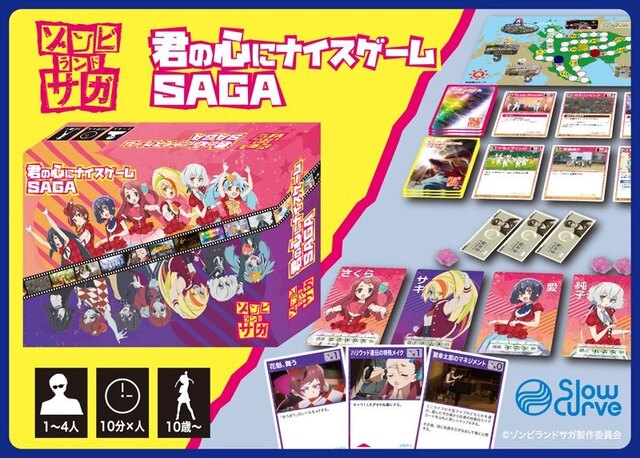 Since all members of "Franche Shu" are zombies, you have to make sure that you make sure that you don't make zombies to participate in the live. Although the number of players is limited to four, there is also a solo play mode, so you can enjoy it in a group or silently master alone.

"The rise of the shield brave × The Last Brave"

The popular anime "The Rise of the Shield Brave" is collaborating with Delightworks' original card game "The Last Brave", which plans, develops and operates games such as the "Fate / Grand Order" game for smartphones! 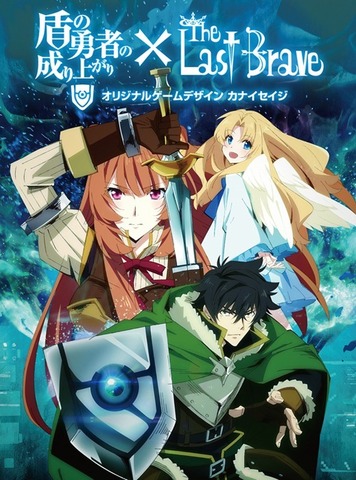 It is a card game created by game designer Kanai Sage and Delight Works in a team. The world views of the card game "The Last Brave" and the animation "The rise of the shield brave" have a high affinity, and collaborating with each other makes it possible for both fans and new users to enjoy.

A card game based on the theme "Bow-turning" that can be enjoyed by elementary school children and adults. It is a rule that chips with "Sumiko" and "Miniko" are collected in their "Sumiko", and the person who collects the most chips wins. 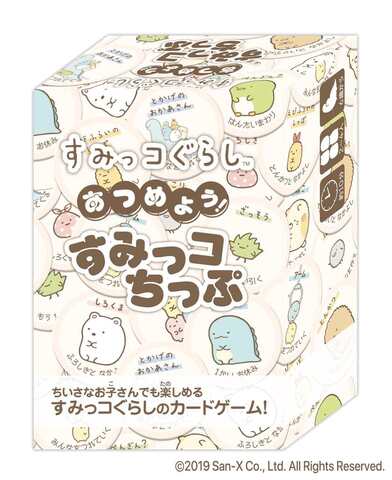 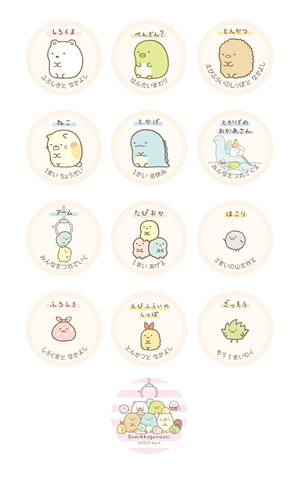 Chips with 36 characters that are easy for children to pick up are provided, and instructions for supporting play are also included so that they can be played at home with children under elementary school age.

So even if you don't usually play analog games, you should be able to enjoy the game more easily if the familiar animation is the theme!
Why do not you take this opportunity to spend time with family and housemates in analog games?
In addition to the ones introduced this time, there are games based on various animations and characters, so let's look for them.

The second season of "The Monster Puppet Godzilla " by the puppet troupe " Atelier Koganemushi", which won the prize in the audition project "GEMSTONE" with the theme of " Godzilla ", will start broad ...

PREV
"Hatsune Miku" is a doll in palm size!
NEXT
The final chapter of "SAO Alicization WoU" has been postponed