"Gunpla 40th Anniversary UT" to be released on April 24

From the UNIQLO graphic T-shirt brand "UT", a collaboration with "Gunpla" celebrating its 40th anniversary, "Gunpla 40th Anniversary UT" will be released on April 24, 2020 (Friday).

In this collection, from the "Mobile Suit Gundam" series, RX-78-2 Gundam, ν Gundam (New Gundam) Z Gundam (Zeta Gundam), and Strike Freedom Gundam, the popular "Gunpla" motifs across the boundaries of the series Realized collaboration. Items unique to "UT" will appear, such as the Earth Federation Force mark engraved on the mobile suit and the design using the runner of the first Gundam plastic model.

From the plastic model "Gundam" of "Mobile Suit Gundam", which has been extremely popular from a wide range of ages, a design unique to "UT" that has carefully selected popular mobile suits has been realized.

Prior to the release, the original movie of "40th Anniversary of Gunpla Anniversary UT" was released on the special site from April 6 (Mon) today. The precious video that introduces the lineup and the “Gunpla” production scene is a must-see for fans.

Furthermore, at UNIQLO stores nationwide, you can enjoy three types of special in-store broadcasts by Amro Rei (Toru Furuya), Char Aznable (Shuichi Ikeda), and Haman Khan (Ryoko Sakakibara). You can check it out.

<Novelty goods>
2 items Present a UNIQLO original "Gunpla" to customers who have purchased the points.
* Stores, online stores and distribution methods are different, so please check the special site
.

■ Vu Gundam (New Gundam) features a "fin funnel" for the back print. The Gundam on the Amuro mark and the blueprint of the plastic model cannot be overlooked. 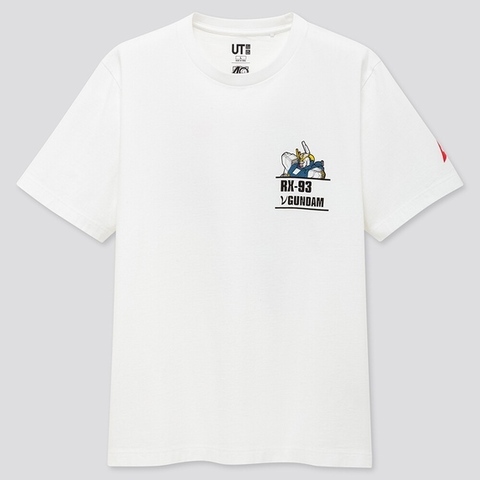 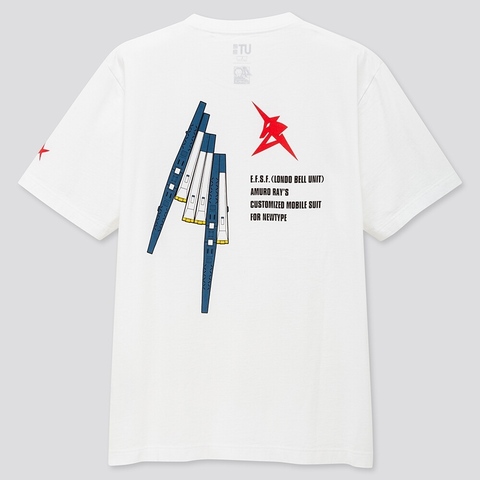 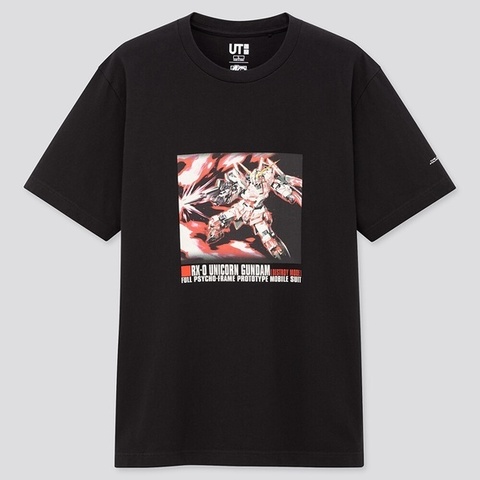 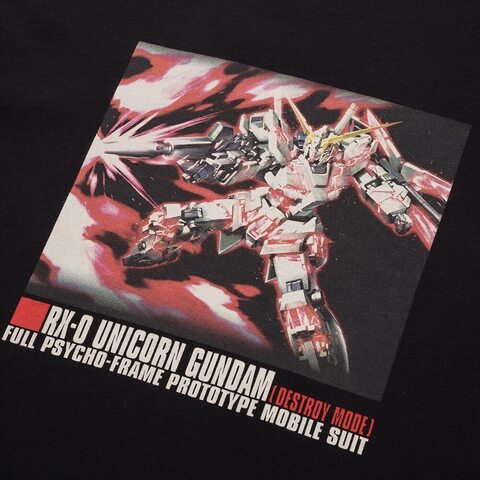 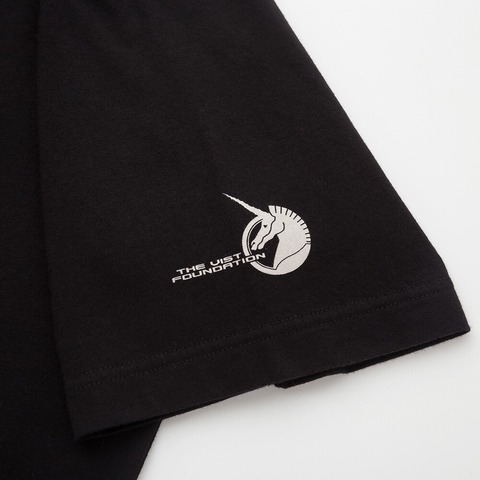 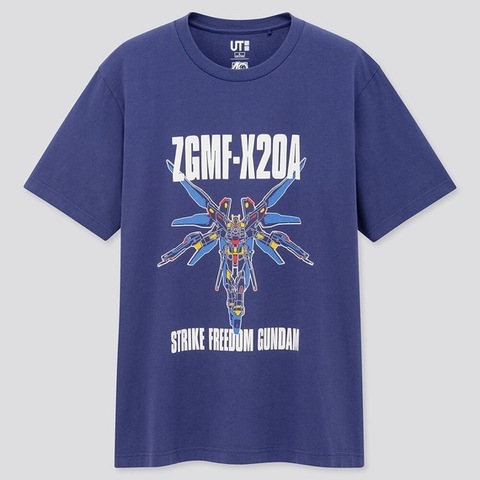 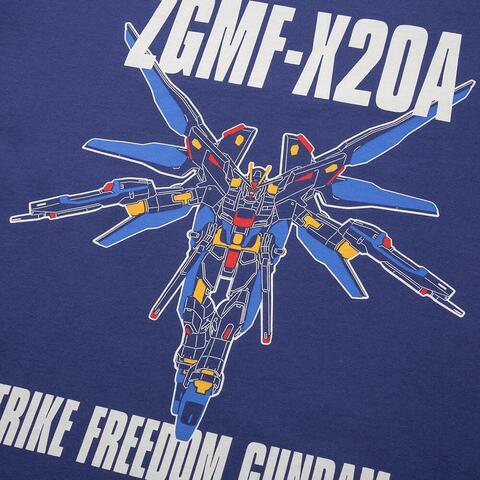 ■ Design using runner of plastic model of the first Gundam.
Gundam face silhouette is expressed by embroidery. The pis name of the Gunpla logo is casually placed on the sleeve. 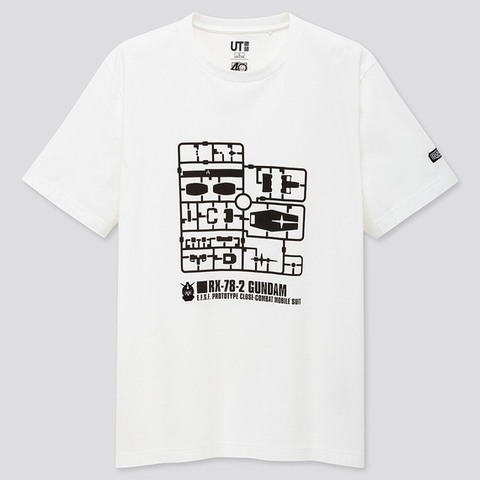 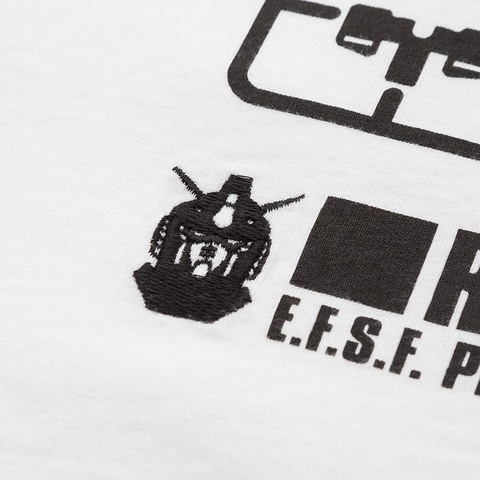 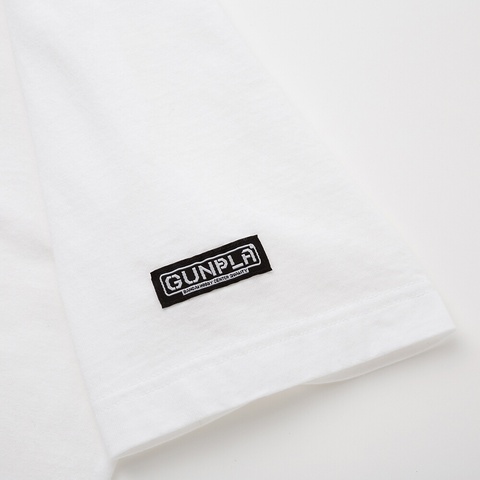 ■ Zaku II name logo on front Designed like a T-shirt.
The back print expresses the image that is mass-produced at the factory, using the motif of the Zaku pattern in the design drawing of the plastic model. 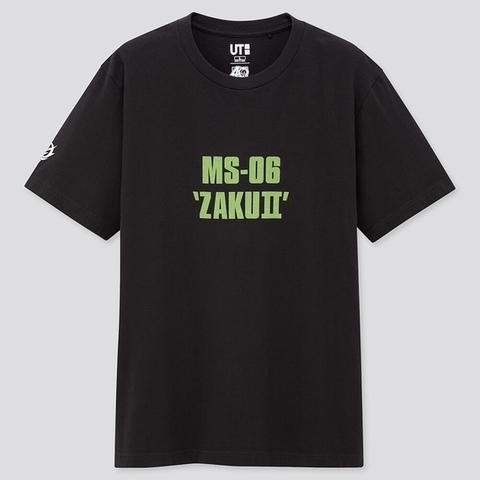 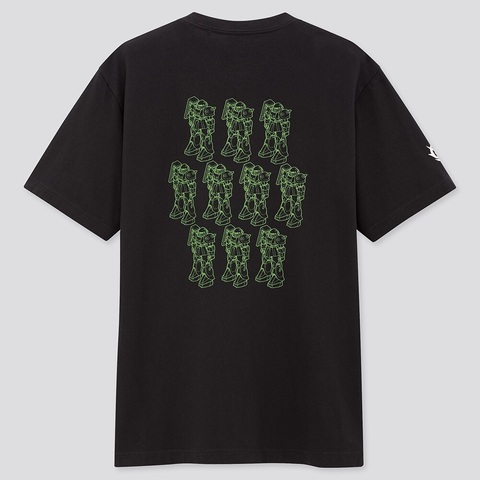 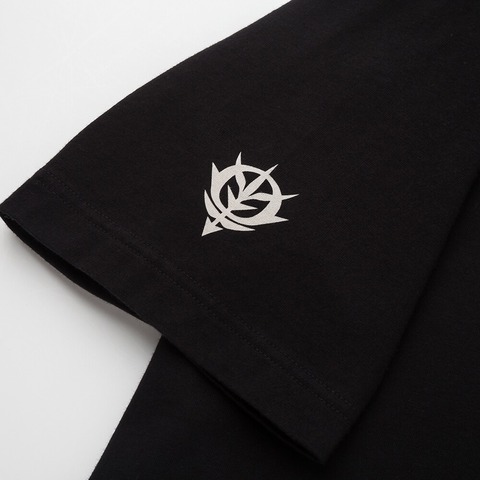 ■ Mobile Suit Ζ The silhouette of the Kuberei that appears in Gundam is impressively expressed. Beams from the funnel on the back and exhaust ports and lamps on the sleeves are also designed. 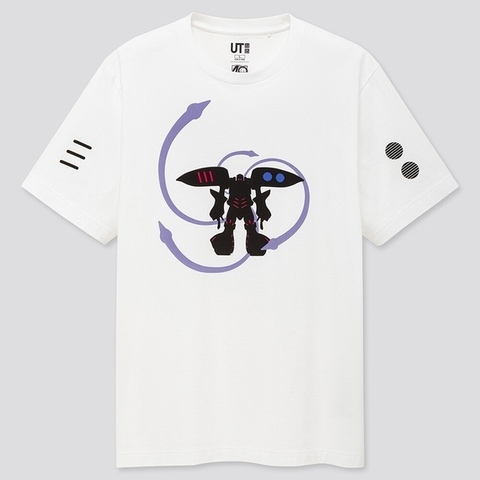 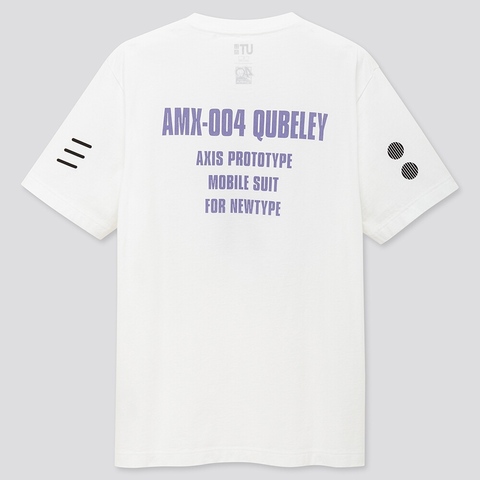 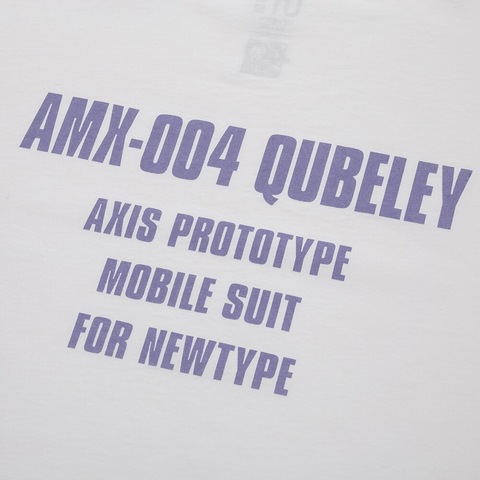 ■ Mobile Suit Ζ A hundred expressions that appear in Gundam are expressed in silhouette. The "hundred" characters engraved on the shoulder of the fuselage are designed on both sleeves, and the body color is also 100-color. 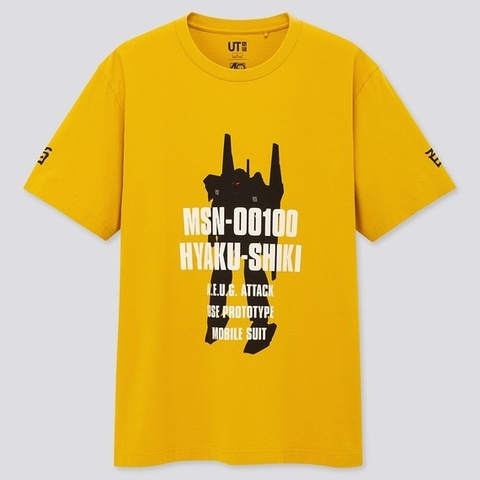 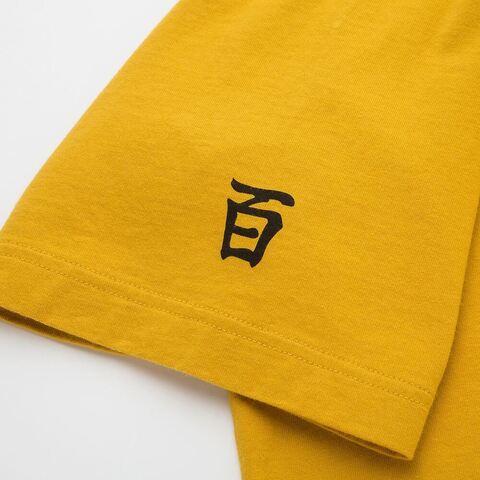 ■ One piece that boldly designed Sazabi, which was the last aircraft of Char Aznable, as a back print. Mark the new Neo Zeon army and Char's mark engraved on the mobile suit. 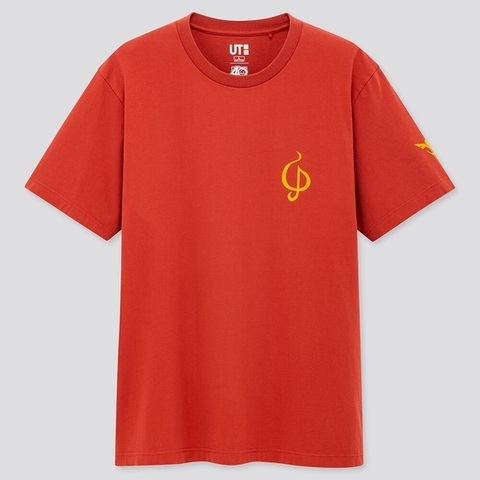 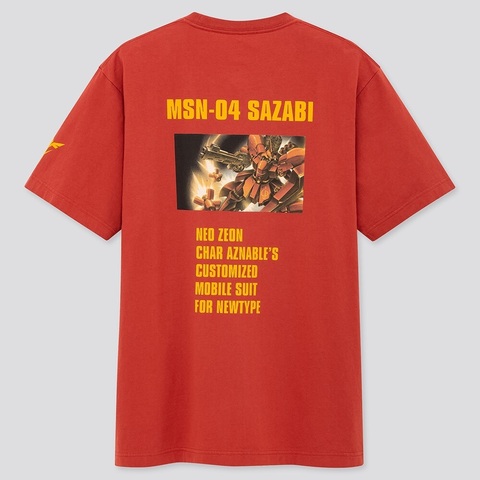 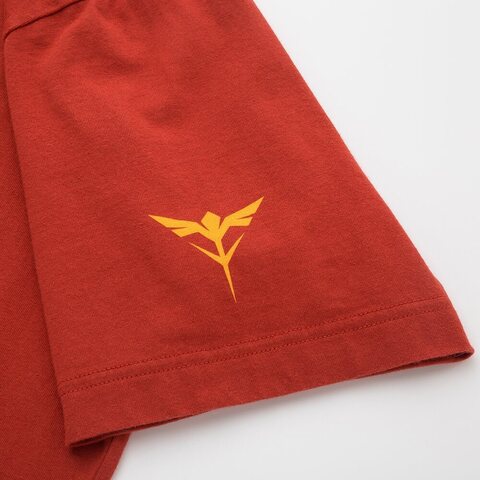 We present original gunpla as novelty of UT buyer privilege

A lineup of two types of coloring, "Gundam" and "Zaku", based on red and white inspired by UNIQLO.
In addition to the simple red and white coloring, the black coloring on the body gives a powerful impression.
From the package to the instruction manual, it is the specification of the UNIQLO "UT" original limited gunpla. 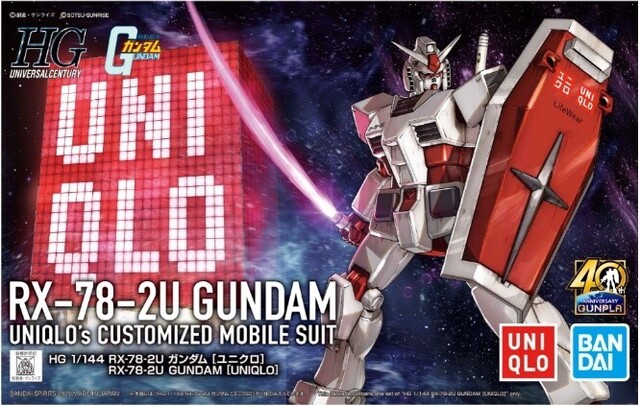 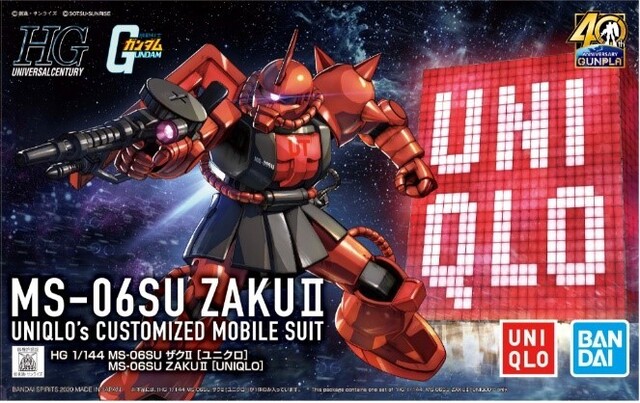 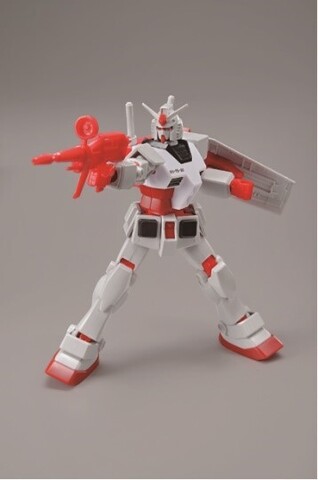 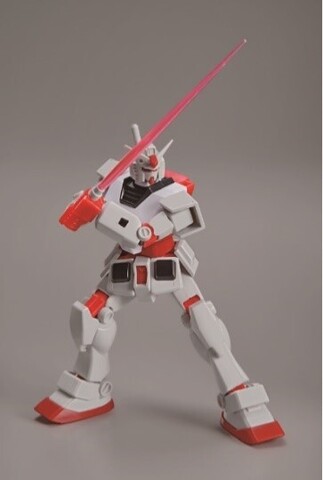 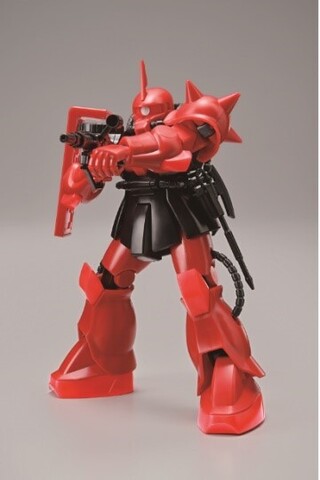 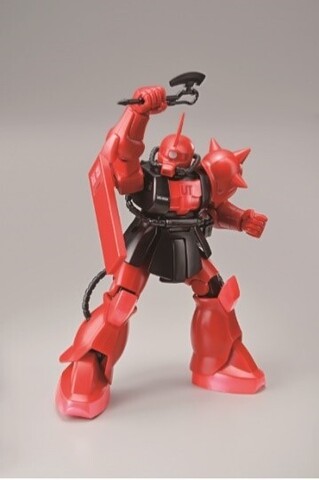 "Nintama Rantaro" A hoodie and Japanese pattern acrylic keychains based on each grade are available. Design that is easy to use everyday!

Good Smile Company has decided to release "Kanamori's Backpack", which will appear in the anime "Don't touch the video lab!" From May 29, 2020 (Fri), and reservations have started. . The price is 13,5 ...

Details of "30th HEADGEAR EXHIBITION featuring EARLY DAYS @ PATLABOR THE MOVIE in Tokyo ACT.2" to be held on January 18-February 2 in Ikebukuro Marui, Tokyo, will be revealed. became. In the same exhi ...