It has been revealed that Takanori Nishikawa and ASCA will release their first tag song, "Tenkei-Libra-" (read: Libra) on May 27, 2020 (Wednesday). This song was written as the opening theme for the spring anime "Shironeko Project ZERO CHRONICLE".

"Shironeko Project ZERO CHRONICLE" is based on the 3D action RPG "Shironeko" where you can enjoy a real-time cooperation battle with up to four people. The theme of the event was "Zero Chronicle-The Beginning of Sin-" held to commemorate the 3rd anniversary of the game, and it will be broadcast on AT-X, TOKYO MX and others from April 6 (Monday). 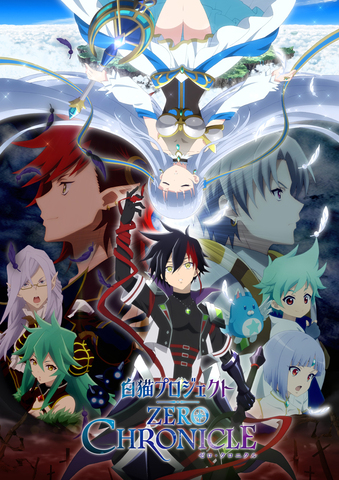 The opening theme of this work, "Tenkei-Libra-", will be released under the name of "Nishikawa Takanori + ASCA (read: Nishikawa Takanori and Asuka)". It is said that the rock number is a fusion of the lyrics depicting the world view of the "Shironeko Project" and a massive sound with a sense of scale.

In addition, you can listen to “Balance Scale -Libra-” quickly with the Collaboration Music Video that uses the video of the main animation, so be sure to check it out.

fhana's 15th single " Hoshi no Gatsume " will be released on February 26. A music video has been released. It will be used as the theme song for theatrical animation "Theatrical Version" SHIROBAKO "" ...

fripSide BD " fripSide infinite video clips 2009-2020 " has been released. MV collection commemorating the 10th anniversary of the second stage fripSide with Aino Nanjo as vocal. In addition to "only ...

2019 has entered a new era of Reiwa. Animelo Summer Live (Anisama), the world's largest anison live event, has been in its 15th year and continues to evolve and grow. About Anisama and the anime song ...