A line-up of featured works from the new TV anime in the spring of 2020! TRIGGER's latest work `` BNA BNA '', TV animation with Noitamina `` Billionaire Criminal Balance: UNLIMITED '', `` Kakushigoto '' based on Koji Kumeda, a series of 1.4 million copies of the original `` Sing a Song on Yesterday '', A popular series has appeared in a completely new work. Five Digimon Adventures are available. 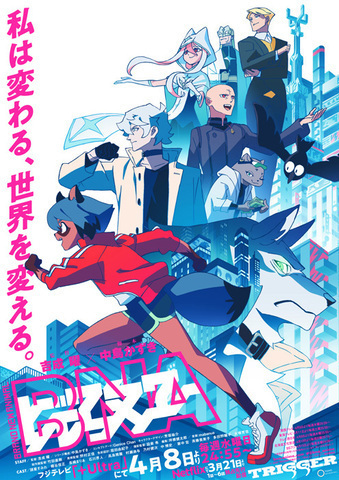 TRIGGER's latest work is set in a world where humans and beasts coexist. The story begins when a high school raccoon beastman, Michiru Kagemori, seeks freedom and heads to Anima City, a beastman special zone where the beasts live. Including the wolf beast, Shiro Okami, who unravels the incident that occurs in Anima City where danger is full, all beasts such as dogs, lions, deer, chickens, dolphins, etc. appear. It will be talked about as a kemono animation that is increasing rapidly in recent years.
Prior to the broadcast, Netflix is ​​currently delivering up to six episodes. The first episode shows a festival scene where a variety of beasts enjoy the day of Halle, and a stylish action using red and green colors. It is a nice point for anime fans to have baseball times for some reason. You can enjoy violent murder baseball in a beast-like hachamecha. 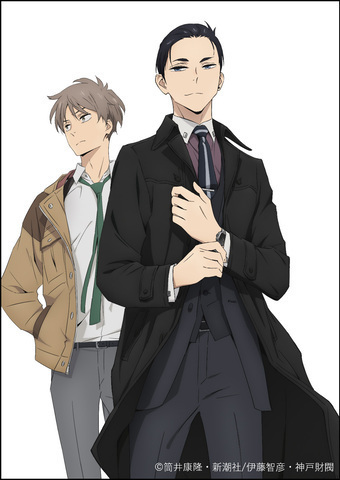 Yasutaka Tsutsui's novel "Fuyu Detective" is animated on TV. The rich man Soji Kobe Daisuke makes a lot of his financial resources speak for himself and solves the case in a way that ordinary people cannot think of. In PV, cuts that can not be thought of by ordinary criminal things appeared, such as buying information from reference people at asking price, flying rockets, and so on. How to make use of infinite assets is likely to be a highlight.
The unconventional investigation of the live-action drama version starring Kyoko Fukada is new to memory, but the anime version also contains many original elements. What kind of buddy do you have with the traditional humanistic detective, Haru Kato? The director is Tomohiko Ito of "End of the Century Occult Academy" and "HELLO WORLD". A director who also worked on works with mystery elements in the past challenges the master's best-selling novels. 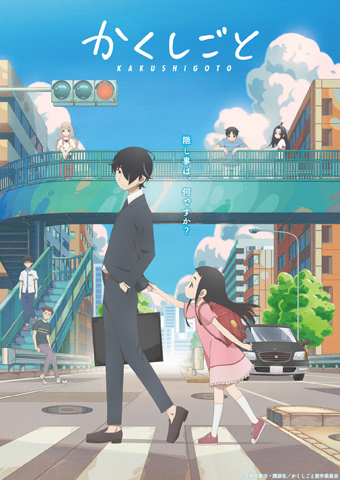 A home comedy that hides what kind of work Kana Goto, a manga artist who works on a little vulgar work, is afraid of being hated by his only daughter princess. The original is a comic of the same name by Koji Kumeda who has worked on multiple animated titles such as "Sayonara Zetsubou-sensei" and "Joshiraku". There are also episodes that share their experiences, and they are also attractive as manga industry things.
Starring Hiroshi Kamiya from the anime PV produced in 2016. Kamiya also starred in "Zetsubou-sensei", and from the shout out of this PV, "Would you like to be known to the princess?" There is a broadcast window from 11:00 on Sunday as "Morning Family Broadcasting", so parents and children can enjoy it together. 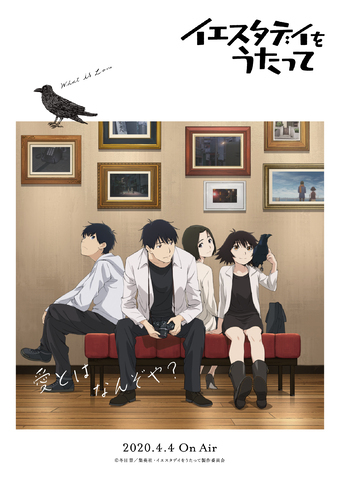 Animated winter episodes of youth development series serialized in "Business Jump" and "Grand Jump" for 18 years in 12 episodes. Set in a small town along a private railway line near Shinjuku, the story progresses with a focus on part-timers and terrestrial Uozumi who are working at convenience stores after graduating from college.
The animation reproduces the atmosphere of the original series 20 years ago. The long trailer at the beginning of the first episode shows the film camera in the hero's room, the push-type black phone, and the square analog TV, bringing nostalgia. The shallow depth of field and the slightly blurred background art also accelerate the nostalgic feeling. The preliminary screening is being held at the movie theater Shimokitazawa Tollywood, which is one of the stages, and we want to pay attention to the atmosphere of the city that appears in the main part. It will be aired as the first work of TV Asahi's first midnight anime label "NUMAnimation". 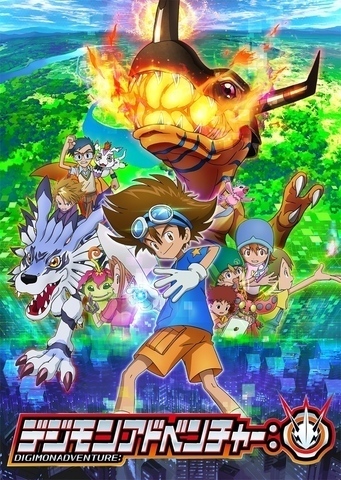 Anime "Digimon Adventure" started in 1999 and rebooted after 20 years. Eight selected children, including Taichi Yagami, a fifth grader, get lost in the digital world and unfold an unknown adventure with their partner Digimon. In "LAST EVOLUTION Kizuna" released in February 2020, the tribute of Taichi who became an adult was drawn while incorporating the tribute of the past series, but what kind of encounter will this time meet?
Twenty years ago, the situation around the Internet has changed significantly, so it is said that the contents also take into account the background of the times. Similarly, "GeGeGe no Kitaro," which was broadcast on Sunday morning at 9 o'clock, incorporated elements of modern society, but expectations are growing about how it will be drawn in this work. In the cast, human characters have been renewed, while in Digimon, voice actors from the past continue.

The scene and synopsis of the TV anime "Chihayafuru 3", broadcast from March 3rd, the 21st head "Hitomonoshishi" has been released. . . . In the masterpiece match and the Queen match, Suou and Shimin ...