Synopsis and scenes of the first episode of TV anime "Arte", which will be broadcast on TOKYO MX and others from April 4, "Applicants with Disciples" have been released. Born in a noble house in Florence, Arte has been passionate about painting since childhood. Pushing out of opposition to her mother, she ran out of her house to become a painter. She decides to join the painter's studio and goes around the studio, but she can't even see the picture just because she is a woman. Meanwhile, I only met Leo who saw my picture. Leo issues a challenge to allow Arte to become a disciple. 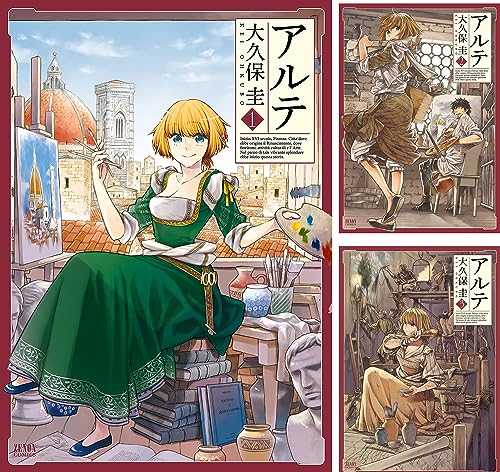