The broadcasting time of "Ochikoboru Fruit Tart", which has been announced that TV animation production is in progress, has been decided from July 2020, and the first PV and character visual have been released. My dream is idol! A first-year high school student who came to Ratsou from Okayama. Although he has physical strength and strength in field work, his thick thighs are a source of trouble. Favorite is a girl!
Academic year: High school first year Birthday: April 4 Height: 155cm Blood type: O type Once a dominant child role as a famous child role, but now a former child high school second grader who can not sell. Although he is an adult, he is childish in nature and he cares about small things.
Academic year: High school second year Birthday: May 5 Height: 140cm Blood type: B type A third-year junior high school student who was a large rookie expected of a cat pro but moved to rat pro because he loved Ino too much. It's usually a good girl, but it's going to be a big deal when Ino gets involved.
Grade: junior high school third grade birthday: September 9, Height: 145cm blood type: AB type

■ TV anime "No Child Left Behind fruit tart," the
same name comics of beach Yuba twin teacher is original. The director is Keiichiro Kawaguchi, the series composition is Keiichiro Kawaguchi and Tatsuya Takahashi, the character design is Sumino Kinoshita, and the animation production is feel. Shino Sakura, a first-year high school student who came to Tokyo to become an idol, formed a rookie idol unit "Fruit Tart" with Loco and musician Hayu and model Nina who were not able to sell (former) child of the rat. To save a mouse Zhuang the verge of demolition, vicissitudes of life No Child Left Behind our entertainment industry is in an idle activity!? 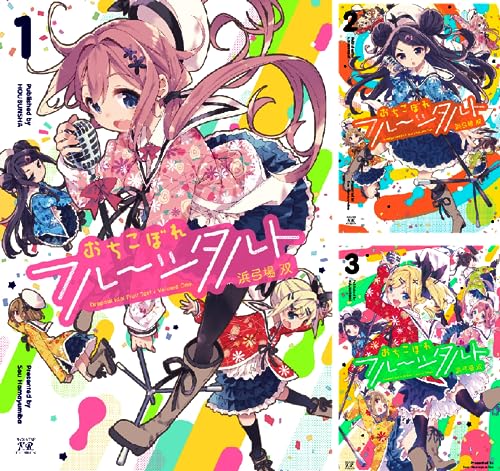