The key visual and the first PV of "Kuma Bear Bear", which has been decided to be animated on TV, have been released, and a cast that plays the main character has been announced. Yuna, a beautiful girl who enjoys her own withdrawal life, is an abandoned gamer of VRMMORPG "World Fantasy Online". One day when I log in as usual, something looks different. Maybe this is in the game? Or another world? And the equipment of Yuna who got down on the ground was hardened with "bear clothes", "bear gloves", and "bear shoes"-hm? bear......? bear......? Bear ...?
"What is this?!?"
Bear cub, birth! And this bear is not just a bear. It was a super super bear with the world's strongest magic and skills! The purpose of Yuna who has such a powerful power that it seems that even the world conquest can be done-is it ?! In this world, living happily and freely! A bear adventure and a bear everyday story by the strongest invincible bear kid begin ♪

The original is written by: Dr. Kumano / Illustration: Novel's same-name novel. The director is Yu Shinoda, the series composition is Takashi Aoshima, the character design is Yuki Nakano, and the animation production is EMT Squared.

The original novel is on sale until Volume 15. 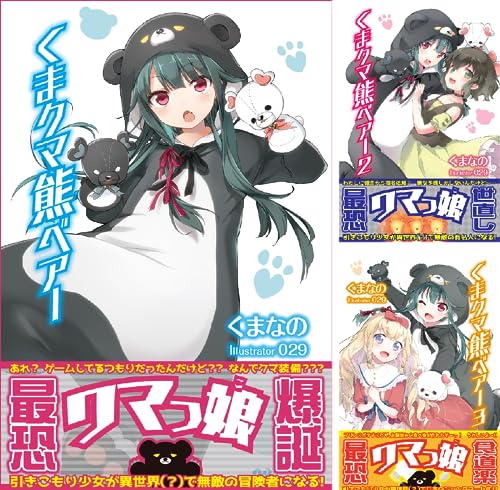 The synopsis and scene of the TV anime "Airborne Dragons" episode 6 "Festival and Dragon Meat Soup Noodles" broadcast on Fuji TV "+ Ultra" from February 12 has been released. . . . . In the port city ...

PREV
"WIXOSS" TV new series will be broadcast in 2020. NC Empire participates
NEXT
The last episode of "Asteroid in Love"