One of the masterpieces of the genius and manga artist Ranjo Miyake, the TV anime "pet" based on the SF human drama "Pet Remaster Edition" (revised version of "Pet" in 2003). In this work, special abilities "pet (pets)" who can manipulate human memories draw stories that are lonely, love-hate, and fateful.

Episode 13 starts broadcasting on TOKYO MX, BS11, AT-X from Monday, March 30. HBC Hokkaido Broadcasting will be broadcast on episodes 12 & 13 from March 29 (Sun) due to special program. Do not miss until the end!

<Episode 13 "Rainbow">
Ron's bullets read through Hayashi's message and know all the truth.
On the other hand, Tsukasa heads to Hiroki thinking, "Isn't it all over?" However, Hiroki asks a question to his boss.
And what is their answer ...? 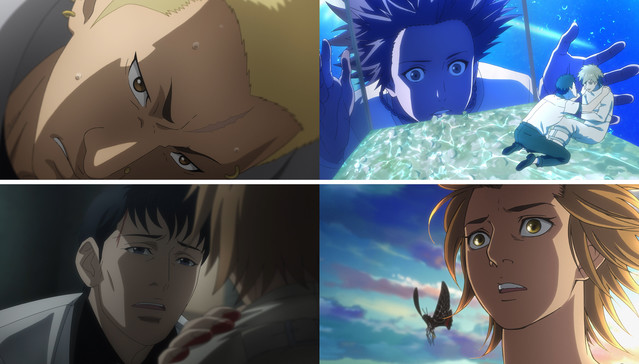 Synopsis, scene, and notice of the TV anime "Princess Connect! Re: Dive" # 02 "Kimagure Cat's Mischief-Golden Pokapoka Onigiri-" broadcast on TOKYO MX and others from April 13 have been released. . . ...