A fair commemorating the broadcast decision of the second phase of the TV animation `` Re: Zero Life in a Different World Starting from Zero '' will be held from March 28 to April 19, 2020 at Animate stores and Animate mail order nationwide .

⇒ Scheduled to start in April, "Re: Life in a different world starting from zero," the second stage, postponing broadcasting to July

At the “Re: Life in a Different World from Zero” TV Anime Second Phase Decision Commemorative Fair in Animate, you can purchase and reserve this product's goods and books during the period, every 1,000 yen (deposit), or on CD.・ Purchase and purchase a DVD / Blu-ray (requires a deposit of 1,000 yen or more), and a special “Special sticker (9 types)” will be presented at random. The distribution ends as soon as there are no more benefits.

In addition, merchandise such as acrylic stand key chains and mugs using newly drawn illustrations will also be released. Product information is as follows. 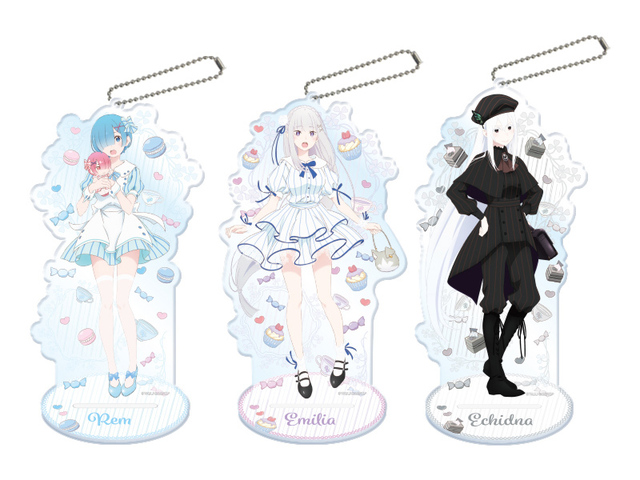 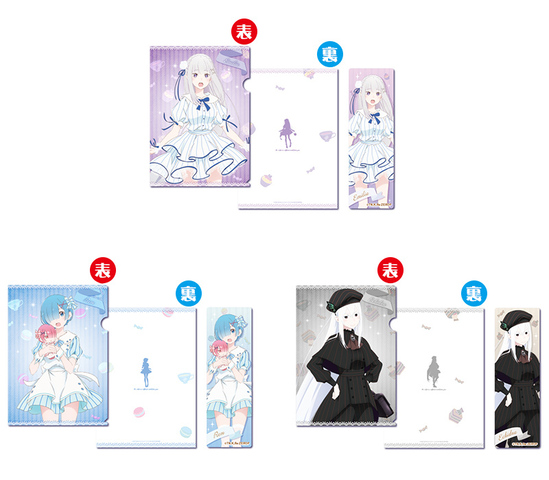 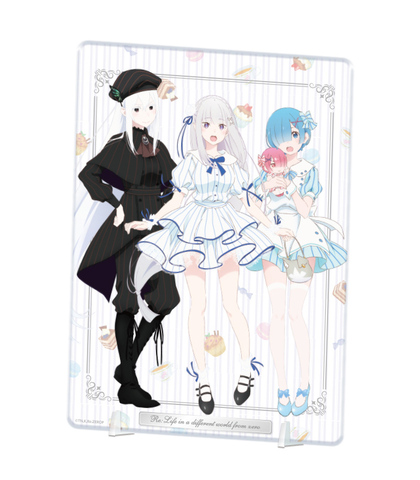 ※ It is random distribution. The benefits cannot be selected.
* Not applicable if tax-exempt or lottery products such as cash vouchers or tickets are released.
* Even during the period, the benefits will end as soon as they disappear.
* The contents of the fair may be changed, postponed or canceled depending on various circumstances.

Only shop is also held!

At the only shop, original reproductions of animations, scene panels, and life-size stands will be exhibited. Limited fairs and Garapon lottery will be held, as well as limited goods.

[Fair Overview]
■ "Re: starting from scratch another world life" TV anime second phase determines Memorial Fair in animate "
held period: 2020 March 28 to April 19,
held the store: national animate animate mail order
held content : During the period, purchase / reserve goods / books for "Re: Life in a different world from zero" or purchase / reserve 1,000 yen (deposit), or purchase / reserve CD / DVD / Blu-ray (requires deposit of 1,000 yen or more) ) One "special sticker" will be presented for each one.

<Limited Fair>
(1) Every time you purchase and reserve related products (books, CDs, Blu-ray / DVDs, goods) at the only shop venue, 1,000 yen (internal deposit), special bromide (8 types) will be random You will get one gift.
(2) For those who booked "Re: Zero: Life in a Different World: New Editing Edition Blu-ray BOX" at the Animate Akihabara Annex, Osaka Nihonbashi, Nagoya, Yokohama Vivere only shop venue for 1,000 yen (internal payment) A release announcement poster for "Re: Life in a Different World from Zero, New Edition Blu-ray BOX" will be presented.