It has become clear that singer Takashi Ikeda's solo project "Lexi" is taking on a voice actor for the first time with "Movie Crayon Shin-chan Clash! Laguga Kingdom and Almost Four Braves".

This movie, which will be the 28th edition of the movie, is a story in which the chosen hero Shinnosuke struggles to save the kingdom Laguga Kingdom, which uses the earth's doodles as an energy source, from the danger of extinction. The kingdom of Lakga Kingdom, which is suffering from lack of energy due to the reduction of scribbles, begins to invade the ground with fate. Shinnosuke, given the treasure “Miracle Crayon” where his paintings move, stands with “almost four heroes” to save the world.

Lexi, who is working on the movie theme song "Gigaai Citel" for the first time in the same work, is based on the concept of Japanese history, and the unique performance of waving rice ears as a standard of live performances is gaining popularity. The theme song was inspired by the oldest manga in Japan called “Bird and Beast Caricatures”. What Lexi plays is the Minister of Food (brother). The unique role of being a hot dog and a car. "Super cool!" Is said to be a habit in a setting in which he or she does not consider the food situation of the king with his cook's brother. 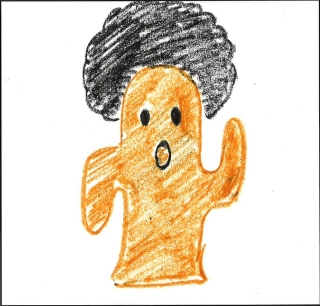 After recording, Lexi recalled, "It was difficult because it was my first voice actor challenge, but I enjoyed it with the guidance of Director Kyogoku!" In addition, Lexi's self-written Haniwa “Rakugaki” was also unveiled for the first time. He says he will appear in the play, saying, "I wrote my favorite Haniwa. I seemed to be able to participate in the work, and I was happy." , Lexi doesn't disappoint with the doodles, too!

Broadcast information for the TV anime "Singing Yesterday" has been announced. From April 4 it will be broadcast on TV Asahi's new midnight anime slot “NUMAnimation”. The key visual and trailer video ...

The release date of "Wandering; Agateram", the first part of "The Movie Fate / Grand Order -Sacred Round Table Area Camelot-", will be announced on August 15th. The latest information such as the them ...

PAWORKS's original TV anime "Tenran Maru!" Has been decided to be broadcast from April, and the cast has been announced. The two main characters will be played by Natsuki Hanae and Seiichiro Yamashita ...