Every year, from the end of the year to the beginning of the year, the entertainment industry is excited by awards and prize races that honor excellent works and staff during the year. This would be true for anime as well. So what kind of anime won the award in 2019? In March, together with the results of the major awards, we summarized the award-winning works of each of the 19 awards.
Anime seems to have many awards, but in fact there are few awards for anime movies and TV anime. Major awards include the Japan Academy Awards, Tokyo Anime Award Festival, Mainichi Film Contest, Hochi Shimbun Film Awards, the Japan Media Arts Festival, a selection of domestic and international works, and fan voting, New Type Anime. Awards ”and“ Crunch roll Anime Awards ”held overseas.

The big topic of 2019 will be the strength of "Weather Child" by Makoto Shinkai. It attracted attention as the next work after the unprecedented big hit "Your Name" in 2016, but responded with box office revenue exceeding 14 billion yen. He received the Japan Academy's Best Animation Award, the Tokyo Anime Award Festival Theater Film Grand Prix, and the Hochi Shimbun Film Award. He has also been elected to the Japan Academy Award for the International Academy Award for Best Feature Film.
Overseas, it was talked about as the 13th Asia Pacific Film Awards Best Animation Award, Animation is Film Film Festival Audience Award, and Annie Award Best Feature Film (Indie) Nomination. It is the most impressive film at the 2019 Anime Movie Awards.

Another noteworthy point is the great fighting of "Children of sea animals". Based on Daisuke Igarashi's manga, STUDIO 4 ° C was in charge of animation production under the direction of Ayumu Watanabe. This work, whose production period was longer than usual, dragged viewers to transcendental images and enjoyed them.
Although the box office did not perform well, the 72nd Mainichi Film Contest Animated Film Award and the 23rd Japan Media Arts Festival Animation Division Grand Prize won two awards for suppressing the "Kenoko no Weather". It can be said that the artistic aspect was also highly appreciated. However, although the advanced techniques of hand-drawn animation tend to attract attention, "Children of the sea beast" are also nominated in the theatrical animation film category at the VFX-JAPAN Awards 2020 for CG works. Hand-drawn animations and CG are also highly regarded, and rather a hybrid expression is at the forefront of current animation images. 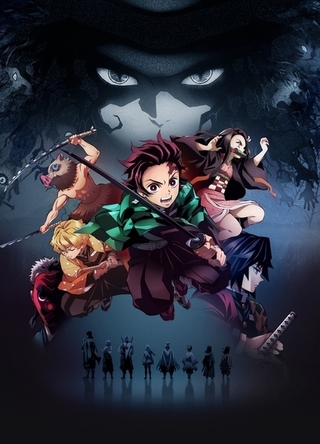 Unfortunately, high reputation in Japan has not led to reputation overseas. At the moment, there are almost no overseas film festival and film award nominations for this film.
The current trend in the evaluation of feature-length animation in the world tends to be deeply into social and political issues, and to socially critical stories and productions. Works that are notional and show in visual techniques are often underestimated. Because of that, "Children of the sea monsters" are very modern in Japan, and it seems that they claim Japan's uniqueness.

With multiple awards, it's easy to wonder which one is the most reliable. But no award is right and prestigious. It is rather meaningful for each to have a different target area, work, screener, and screening method.
Viewing the work from different perspectives and different evaluation criteria gives culture diversity. When evaluated from these different perspectives, the same work may result in multiple awards. Can such a work be a true masterpiece?

[Introduction]
Naoshi Sadojournalist. Born in Mexico, raised in Yokohama. Covers, reports and writes on animation in Japan and overseas, and conducts research and research on the animation business. Established the information site "Anime! Anime!" In 2004 and became independent in July 2016. Representative work includes writing animation parts for the Digital Contents White Paper and writing the Animation Industry Report. The main author is "Who will make future anime? A quiet revolution caused by Chinese capital and online distribution" (Shinkaisha Shinsho).

The synopsis, scenes, and notices of the fourth episode, "Self-proclaimed Shonen and the Great Wolf-The Story of Jena and Ferry", on TV anime "Horse Nanase! Seaton Gakuen", broadcast on TOKYO MX and o ...