A concept dress using illustrations of the movie version of “Fate / stay night [Heaven's Feel] III.spring song” to be released on March 28, 2020 (Saturday), in a smartphone RPG “Fate / Grand Order” It was announced to appear.

Fate / Grand Order (FGO), an iOS / Android application, is a very popular RPG for smartphones. Set in a world in which the future has been lost, a master will go back to the past with heroes called servants and face human history to protect humanity. Distribution started in July 2015, and the total number of downloads in Japan exceeded 16 million (as of April 2019). TV anime will be broadcast in 2019 and theatrical version will be released in 2020.

This time, it has been announced that a concept dress using illustrations of the theater version of "Fate / stay night [Heaven's Feel] III.spring song" to be released on Saturday, March 28, 2020 will appear.

A visual novel game "Fate / stay night" depicting a story about the universal desire machine "Holy Grail" that fulfills the wishes of those who have obtained it.
The second chapter [lost butterfly] released in 2019 mobilized 1.09 million people, and the box office revenue was 1.67 billion yen. The final chapter of this work, [spring song], which performed better than the first chapter [presage flower] released in 2017, will be released on Saturday, March 28, 2020.

In a special number broadcast on March 21 (Sat), the movie version of "Fate / stay night [Heaven's Feel]" drawn by ufotable with characters from Chapter 1 to Chapter 3 Fate / Grand Order ”concept dress up illustration has been released.
For details on how to obtain the concept dress using this illustration, please wait for the information to be sent from the "Fate / Grand Order" formula .

At the same time, it has been decided that a four-week consecutive repeater campaign will be held, such as a memorial illustration card using this illustration and a signed script / poster. Please check the official website for details .

In addition, a new scene cut of Shiro Emiya and Sakura Matou -Makiri no Cup-Saber Alter was released in the same program.

In addition, it was decided that a special issue of sports information will be released on April 11.
In addition to the gorgeous interviews with the staff and casts in Chapter 3 as well as a panoramic poster using illustrations drawn as a bonus, please check it out. 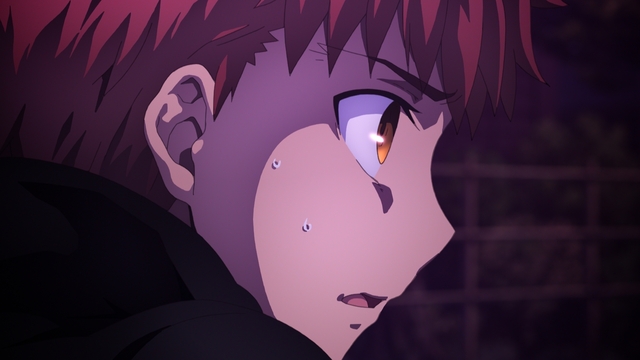 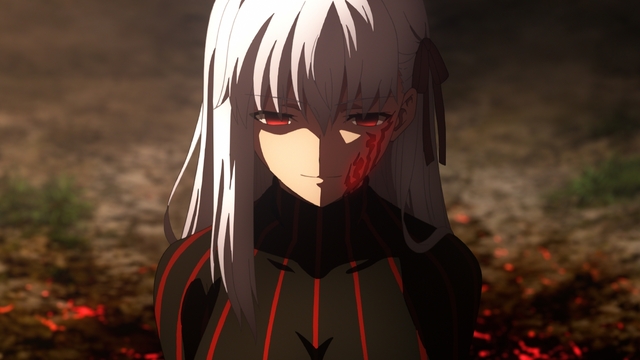 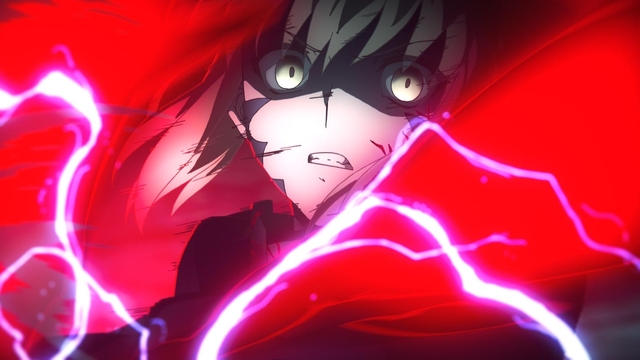 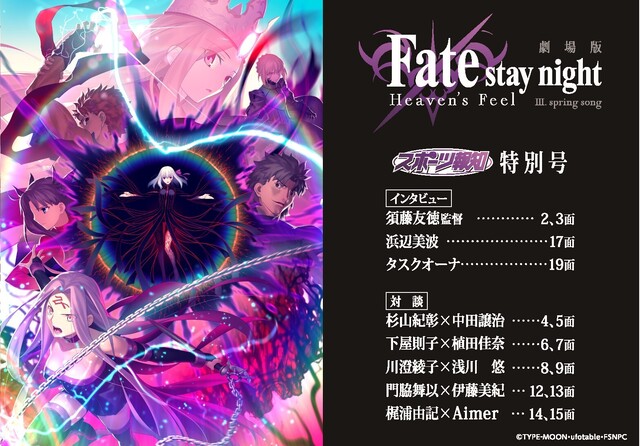 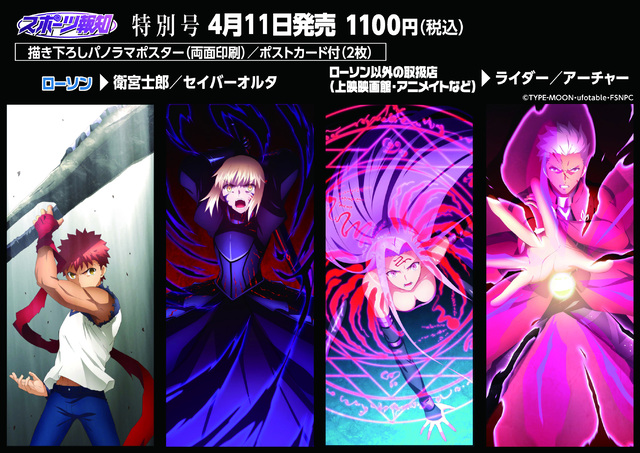 <Introduction> A
visual novel game "Fate / stay night" depicting a story about the universal holy grail "Holy Grail" that fulfills the wishes of those who have obtained it. The final route [Heaven's Feel] (commonly known as the Sakura route), which is spun as a theatrical anime trilogy, is finally completed.
In charge of animation production, ufotable worked on the TV anime version [Unlimited Blade Works] in 2014. Tomonori Sudo, who has worked on animation of numerous TYPE-MOON works as a character design and drawing director, will be the director following the first and second chapters.
The second chapter [lost butterfly], released in 2019, mobilized 1.09 million people and recorded box office revenues of 1.67 billion yen. It achieved better results than the first chapter [presage flower] published in 2017.
The third chapter is an episode telling the truth of the Holy Grail War and the end of the story of boys and girls. What is the place where [Heaven's feel] given in all three chapters reaches? ── Chapter 3 [spring song] is in full bloom and can be played.

<Story>
"I decided to be a friend of justice for the cherry blossoms." The
boy keeps his eyes on the truth.
To save the girl. To stick to justice of your choice.
The sorcerer <Master> and the hero <Servant>
fight over the universal desire machine "Holy Grail"-"Holy Grail War".
The battle was distorted.
A girl-Sakura Matou, drowned in the darkness with the sins she committed.
Shiro Emiya, a boy who has pledged to protect the cherry blossoms, will cooperate with Rin Tohsaka and take on a harsh battle to end the Holy Grail War.
As a person who knows the truth of the struggle, Ilyasfield von Einzbern confronts his fate, and Maki Kirikozuri uses cherry blossoms to try to fulfill his wish.

“So clench your teeth, cherry blossoms.” Will the

boy's wishes, who challenge the fate and challenge their destiny, reach the girl?
The “Holy Grail War” is coming to an end.
The last battle is finally over.