The character set for the TV anime "Uzaki-chan wants to play!" 19-year-old second-year student. A junior high school student from Sakurai. He always pitied one Sakurai at university, and he was trying to do something. Brain weather type that acts with glue and tension. I'm not good at studying or playing sports, but I'm good at games ....!? A 20-year-old third-year college student. I'm not good at noisy spaces and like to spend time alone alone. Usaki treats him as "botchi" and keeps getting entangled every day. He has poor eyes, but he is polite and common sense, and often puts his heart into Uzaki's eccentric behavior. A 21-year-old third-year college student. Sakurai's few friends attend the same university as Uzaki and Sakurai. Sakurai is called "Saku". Handsome, rich, and versatile in sports, but has problems with personality. He became aware of Uzaki and became interested in his relationship with Sakurai.

The first PV to enjoy plenty of Uzakawa in Uzaki has been released.

■ TV Anime "Uzaki-chan want to play!" Is
the same name comics original bamboo teacher. The director is Kazuya Miura, the series composition is Takashi Aoshima, the character design is Manabu Kurihara, and the production is ENGI. Shinichi Sakurai is a third-year college student who enjoys a quiet campus life. Even though I just want to spend my life alone, my junior, Usaki Hana, who treats me as a "botchi", has been transformed into a peaceful life! Tamed, kidnapped, teased ... To be swung around by Uzaki's squirrel every day! I'm sick of noisy everyday, but the time I spend together isn't boring.
"Two people are absolutely more fun than Botchi!"
Youth slapstick love comedy with "Uzakawa" junior who can not hate somewhere though it is cheeky! 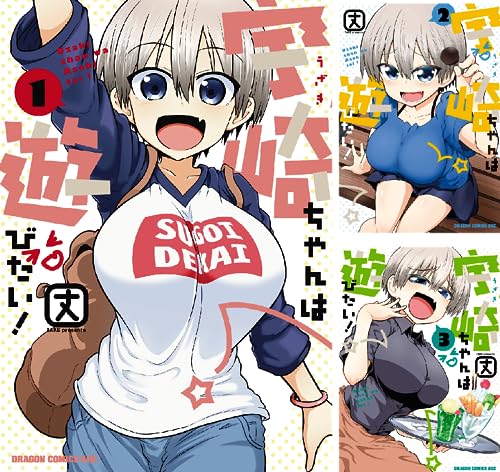