Republic of San Magnolia. It was being invaded daily by an unmanned weapon, Legion, from its neighbor, the Empire. However, in response to the attack, the Republic had succeeded in developing the same type of weapon and rejected the threat with barely sacrifices. Yes-ostensibly. In fact, no one was not dead. Outside the 85 republics. 《Non-existent “86th ward”》. There, boys and girls, branded as "Eighty Six", continued to fight day and night as "manned drones". A boy Shin who leads the young people heading to the dead area, and a girl Rena who became the "commander (handler)" who took charge of them by special communication from the far back. A fierce but sad battle between the two and the parting story begins!

The original novel is on sale until Volume 7. 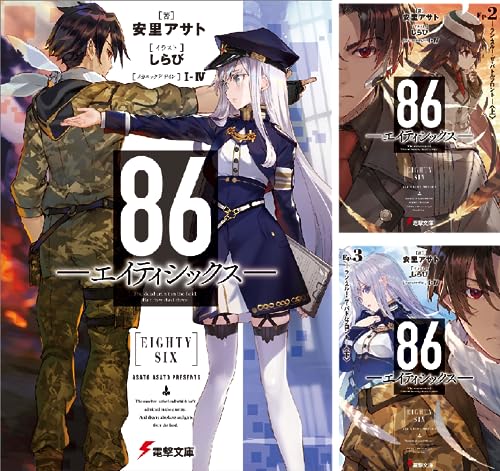