From July, the 3rd date visual & character PV of the TV anime "She will borrow", which will be broadcast on MBS, TBS, BS-TBS "Animation", has been released. It starts with the encounter scene where running Ruka hits Kazuya and falls. Ruka who appears as a mysterious girl who gets entangled in the middle, but in the middle of the video Kazuya has a confession of no way ...!?

■ TV animation I will borrow her '' is
the same name comic of Reiji Miyajima Is the original. The director is Kazuomi Koga, the series composition is Mitsuhiro Hirota, the character design is Hirona Hirayama, the music is Hyadain, and the animation production is Toms Entertainment. Kazuya Kinoshita, a 20-year-old nominee college student. She kissed her for the first time only once, but she got hurt in just one month.
"Ah ... no ... everything is bad ..."
Kazuya, who was nervous, decided to date a girl using a certain method. When I went to the meeting place,
"You're Kazuya, aren't you?"
Chizuru Mizuhara, a beautiful girl listening to Kazuya's face while wearing her undulating black hair, smiled. With just one rental, there is a shining real! Love x Doki MAX's gunless love story begins!

The original comic is on sale until Volume 14. 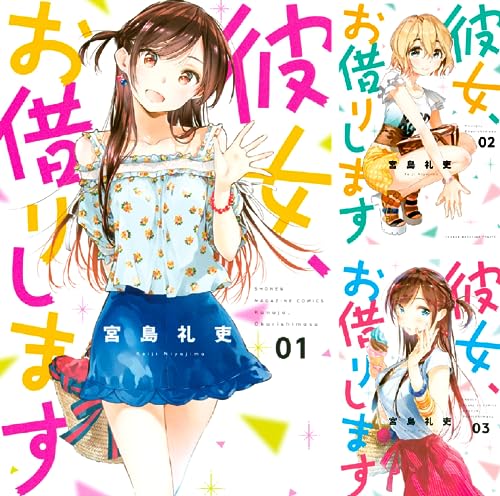