Culture Entertainment and TSUTAYA have announced that they will issue a new division, "T-Card " from " Hypnosys Mike" at TSUTAYA and Asayaya Bookstore. Acceptance starts today on March 13 (Fri) 2020 on the official website of "T Card (Hypnosis Mic Design)", which will be issued on March 19 (Thu). The card issuing fee is 500 yen (excluding tax).

"Hypnosys Mike" is a music original character rap project started by King Records' EVIL LINE RECORDS which started in September 2017. The unique characters who sing songs are currently gaining support mainly from young people, and they are expanding various media mix developments such as comicalization, application games, stage setting, and animation in December 2019. It has been announced.

It has also decided to extend the issuance of four division T-cards issued since last year.

In addition, it was announced that a slide card case using a mini-character design will be released, so please check it out. 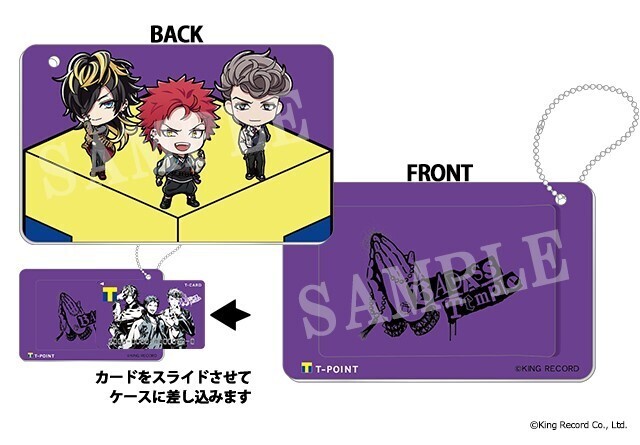 "Aikatsu!" Ichigo Hoshimiya & Akari Ozora, dressed as a "dress of memories" and made into a figure!

"Aikatsu! Hikamiya Ichigo and Akari Ozora appear in a set of memories and dress as a set. Currently, reservations are being accepted at Premium Bandai."Lucrea (Luklia) Aikatsu! Ichigo Hoshimiya & ...

PS4 & Switch software " Night, Light " will be released on July 30. PV has been released. A new horror adventure by Nippon Ichi Software. With the protagonist of a high school girl belonging to th ...

For a limited time, POP UP SHOP will be held at KUROCORZET, an apparel brand featuring character images such as Kuroko appearing in the anime "Kuroko's Basketball" at 15 locations nationwide! We sell ...

PS4 & Nintendo Switch software " Bokuhime PROJECT " will be released on April 23. CM-style PV-Princess Election-has been released. This is the newest software in Japan, a transvestite infiltration ...