The third key visual has been released from the latest TV animation "BNA BNA" by Studio TRIGGER, which will be broadcast from April 2020 . At the same time, new characters and casts were announced at once.

The latest TV animation "BNA BNA" by the studio TRIGGER, which has a big hit with the movie "Promare", is a completely new animation that fans have been waiting for. The production was announced at North America's largest anime event "Anime Expo 2019" held from July 4 to 7, 2019.
Directed by "Yoshinari You" of "Little Witch Academia", the series composition and script will be written by "Promare" Kazuki Nakajima. From April 8, 2020 (Wednesday), Fuji TV "+ Ultra" and other stations will start broadcasting. Also, on March 21 (Sat) this month, exclusive pre-delivery of episodes 1 to 6 will start on Netflix.
⇒ The world's long-awaited latest work released by TRIGGER of “KILL la KILL” and “PROMARE”, the original completely new TV anime “BNA BNA” will be produced!

This time, the 3rd key visual was released for the broadcast start from April.

One day, Michiru Kagemori, who suddenly became a raccoon beast, heads to the special animal zone “Anima City” to escape humans. A beastman meets many people in a town created to live like a beastman and learns how to live with beastmen.

In the key visual released this time, she is impressively depicted as she runs powerfully against the background of "Anima City".
The figure of the wolf beast, Ogami Shiro, whom Michiru meets, the close friend Nazuna Hiwatari, Alan Sylvasta of the Zaibatsu group, Marie Itami, a suspicious woman, Barbarei Rose, the mayor of `` Anima City '', and behind it The mysterious man is ... The characters that Michiru will meet in the story are drawn one after another. 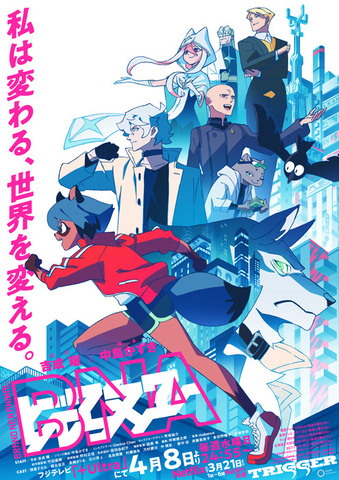 In addition, the cast members playing the new characters were announced at once.
Masaru Takashima as Mayor of Barbara Rose, Mayor Murase as Marie Itami, Hiroshi Ienaka as Gem Horner as chicken beast, and Kimiko Saito as Melissa Horner as Wombat beast. Hiroshi Naka is the dog police officer and Yuji Tachiki as the police officer, Yohei Tadano as the mafia boss and the dolphin beast Juliano Flip, and Yoshitada Otsuka as the Prime Minister of Japan and Prime Minister Shimizu.

The setting picture of the characters full of individuality was also released.

Finally, broadcast information of each station including Fuji TV, which will start broadcasting from April next month, and information on exclusive advance distribution on Netflix starting from March 21 (Sat) this month were announced, so please check it out I want you to do it.
[Character & Cast released! ]

A high school raccoon beast who escaped to Anima City with a secret. Communicative power, bright and cheerful personality.

■ Shiro Ogami (CV: Yoshimasa Hosoya)
A wolf beast who dislikes humans. You will have to take care of Michiru from a certain point. It is an old-fashioned man who is blunt, but in fact it is gentle, and he believes in protecting beastmen.

Michiru's best friend and a beautiful girl who wants to be an idol. One day suddenly she turned into a beastman and was kidnapped by someone in front of Michiru.

■ Alan Sylvasta (CV: Kazuto Ishikawa)
is a scion of the Zaibatsu Group and a young CEO of Sylvasta Pharmaceutical. Although seemingly easygoing, it also has a cool side. 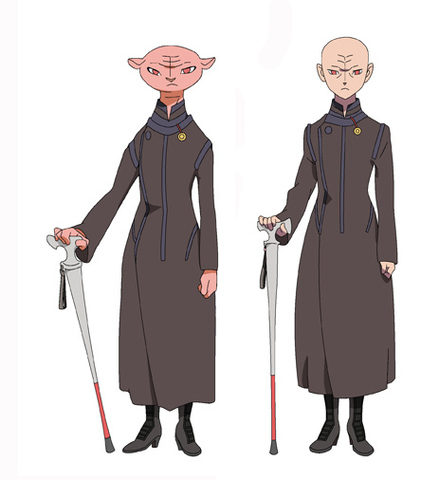 The mayor of Anima City and the naked mole rat beast. A scholar, intelligent and gentle personality. He knows that Michiru is a human, keeps him under surveillance, and takes care of himself. Shiro is a former acquaintance, and no one knows her age. 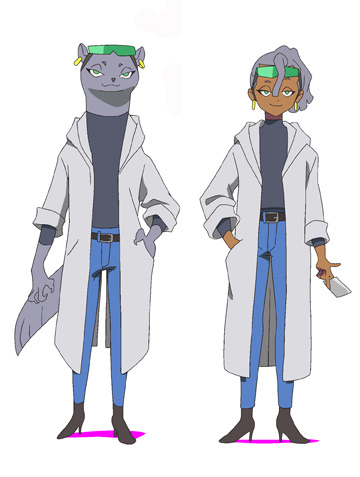 He is well-versed in Anima City and is good at helping Michiru and not. It looks like weasel but seems to be mink. For myself, I'm fine and pickpockets and scams work, but I can't hate somewhere because I can't be embarrassed. 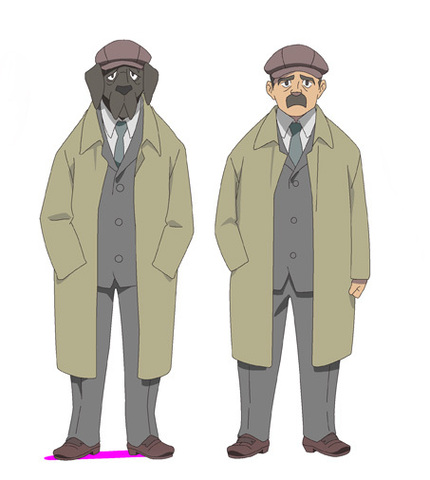 Anima City Police Inspector, Dog Beastman. An old-fashioned criminal who is calm, obsessive, and earns on foot. He sometimes asks Shiro for help in the investigation. The type of dog is Great Dane.

■ Gem Horner (CV: Hiroshi Ienaka)
Chicken Beastman, the beastman's co-op, commonly known as the head of the Juukyo-kyo. He is also looking after Shiro and Michiru, who live in the building of Juukyo. He has a gentle and rough character and rarely gets angry. My wife Melissa is laid on the buttocks.

■ Melissa Horner (CV: Kimiko Saito) is
a wombat beast who is the vice-union director of the Jyukyo. She is cheerful and caring, and sometimes cooks food for Shiro and Michiru. She is sometimes angry with her husband's gem, but she is very close. 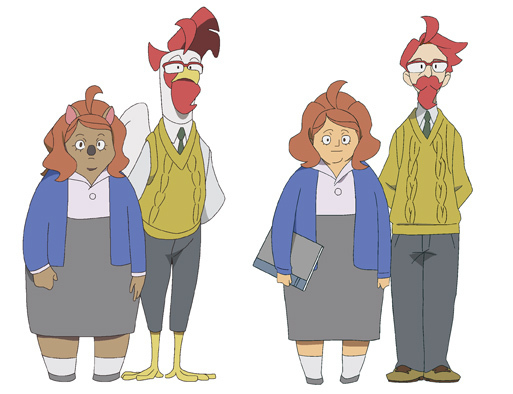 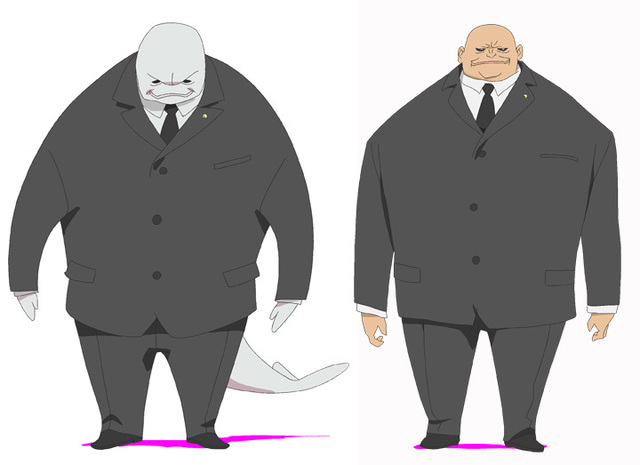 A dolphin beast who is the boss of "The Family", a mafia who controls Anima City. It is ruthless and brutal, but also has a familiar feeling, and only one daughter is sweet and overprotected. I think Shiro is a troublesome partner.

Prime Minister of Japan. Although he acknowledges the special animal zone “Anima City”, no one knows what he thinks. 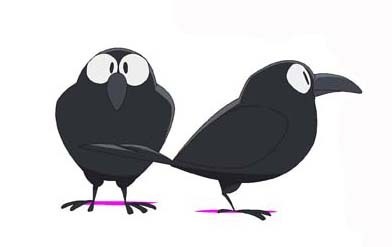 A crow owned by Shiro. Shiro, who has no friends or family, is the only partner who can forgive his heart and is a right-handed person. He will always follow and support Shiro's instructions.

<Story> In the
21st century, beastmen who had been hiding in the darkness of history had begun to reveal their existence. One day, Michiru Kagemori suddenly became a raccoon beast. Anima City, a special zone for beastmen who headed to escape humans, is a city for beastmen created ten years ago to make them live like beastmen. Michiru, who met a wolf beast who hates humans, Shiro Ogami, learned about the worries, lives, and joys of `` beast people '' who did not know when he was in the human world while acting with him Go. Why did Michiru become a beastman? As they pursued the mystery, they became caught up in an unexpected big event.