The final episode of the TV anime "Magiri! Iruma-kun" was broadcast on March 7, but the 2nd release was decided to be broadcast in the spring of 2021.

Suzuki Iruma, a good boy who can't refuse, will be a grandson of the great devil Sullivan of the Makai from a few days! Iruma who is beloved is going to go to the devil school Babirusu where he is the chairman. Iruma has a fun school life with Asmodeus, Clara and his classmates. However, one day I thought he was familiar with the Makai, he became more passionate! The ring is talking and Iruma is ... great! ? Iruma's turbulent devil school life continues!

■ What is the TV animation "Magiri! Iruma-kun" The
director is Makoto Moriwaki, the series composition is Kazuyuki Brush Yasu, the character design is Toshihiko Sano, the music is Akimitsu Homma, and the animation production is BN Pictures. Suzuki Iruma, a friendly boy who can't refuse to ask, becomes a grandchild of the great devil Sullivan of the Makai from a few days! Iruma who is beloved is going to go to the devil school where he serves as chairman. I want to live a peaceful school life while hiding the identity of humans, but for some reason Iruma is always the focus of attention. A fight is sold to the elite devil, it is attracted to a rare beast (?) Female devil, and it is noticed by a strict student council president! Iruma overcomes the troubles that occur one after another with their own kindness!

The original comic has been released up to the 15th volume. 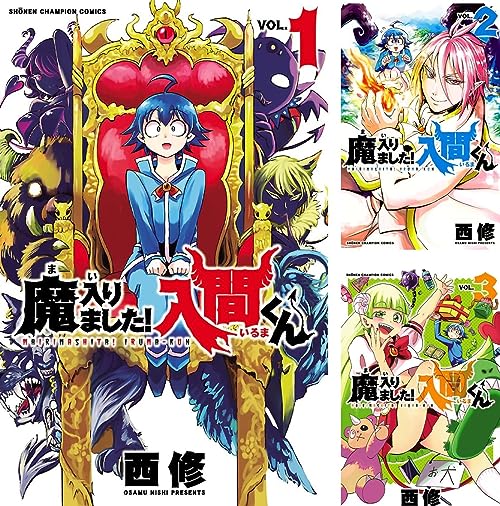 Exclusive distribution of Hollywood live-action drama "ONE PIECE" on Netflix!

The popular manga "ONE PIECE", whose live-action had already been announced in 2017, was officially announced on January 30, 2020, to be distributed as the Netflix original series "ONE PIECE". "ONE PI ...