Broadcast information of TV anime "Kaguya-sama wants to tell you? It will be broadcast on MBS, TOKTYO MX and others from April 11. Image PV of Kaguya Shinomiya (CV: Aoi Koga) character song “Answer Match” to be released on March 25 has also been released. The images from the second series are also used.

■ What is the TV anime "Kaguya-sama wants to tell you-geniuses' love brain wars-" is
based on the same name comic by Akasaka Aka-sensei serialized in Weekly Young Jump. The director is Mamoru Hatakeyama, the series composition is Yasuhiro Nakanishi, the character design is Yuko Yahiro, the total drawing director is Yuko Yahiro, Hiroshi Yamui, Yuko Hariba, the music is Yoshika Haoka, the sound director is Hitoshi Akadagawa, Produced by A-1 Pictures. The family and personality are good! Shuchiin Gakuen, where the talents who are expected to gather in the future gather! The vice-chairman Kaguya Shinomiya and the chairman Shirogane Miyuki who met at the student council should be attracted to each other, but nothing. Half a year has passed without them! The two people who have high pride and can't be honest have come to think only about "how to confess to the other party" !? Love is fun until fulfilled! New sensation "brain battle" love comedy, war begins!

The original comic has been released until the 17th volume. 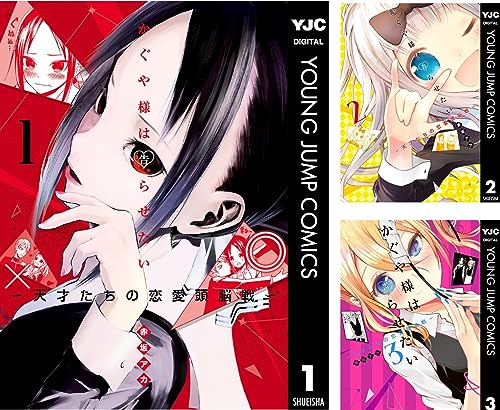