At the Jump Festa 2020 held on December 21 and 22, 2019, the teaser visuals of "Moriarty of Yukoku", which was announced as a TV animation, were released, and the main staff was announced.

End of the 19th century. As the Industrial Revolution progressed, Britain steadily expanded its power and flourished. Despite technological advances and developments, however, less than 3% of the aristocrats dominated the country due to a long-established class system. Nobles who enjoy privileges as a matter of course. An underclass that will keep your life tomorrow. People live by being tied to a determined class from birth. William James Moriarty is working to break down the corrupt class system and create an ideal nation. Moriarty is the "criminal lord" who has been at the mercy of even Sherlock Holmes. Crime revolutions change the world. 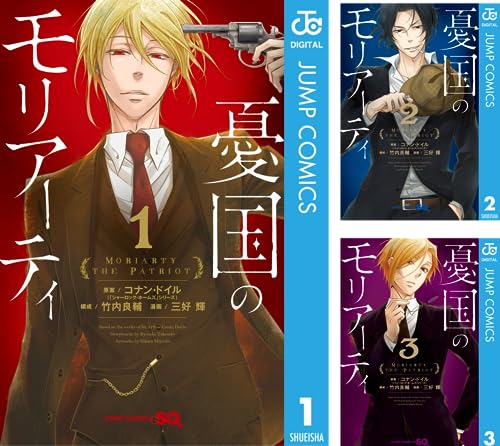 The synopsis, scenes, and a preview of the 7th episode "Excitement! Shintai Sokutai", a TV anime broadcast on TOKYO MX and others from February 25, have been released. . . . . . The next school life e ...

The release date of the theater animation "Mobile Suit Gundam Flash of Hathaway" has been determined on July 23, and a new special news video has been completed. The special news starts from the clima ...