In April 2020, a TV anime animation titled "I have been reincarnated as a villain girl who has only a ruin flag in the maiden game ..." has been announced as additional casts by Miho Okazaki, Inori Minase and Saori Hayami. In addition, the 3rd PV that allows you to listen to the voice of the cast has also been released.

"She has been reincarnated as a villain daughter who has only a ruin flag for the maiden game ..." is a story posted by Satoru Yamaguchi from July 6, 2014 to March 23, 2015, "Let's become a novelist." WEB novel serialized in the original. After the main part was completed, a paperback edition was published from Ichijinsha Bunko Iris in 2015, and the series has now exceeded 1.5 million copies in total.

⇒ "I have been reincarnated as a villain daughter who has only the ruin flag of the maiden game ...", decided to animate in April 2020! The role of the main character Katarina is Mae Uchida!

The main character is a 17-year-old high school girl who has been reincarnated as the villain daughter Katarina Klaes of the maiden game. In the reincarnation world, there are only destruction flags of "exile" at the happy end and "death" at the bad end. Many people support her appearance, trying to avoid any of the consequences, and the attractive characters surrounding her.

In the TV anime version starting in April, the director will be Keisuke Inoue, the series composition will be Megumi Shimizu, and the animation production will be SILVER LINK.

This time, three additional casts, Miho Okasaki, Inori Minase and Saori Hayami, were announced. In addition, information on the characters they play was also announced. 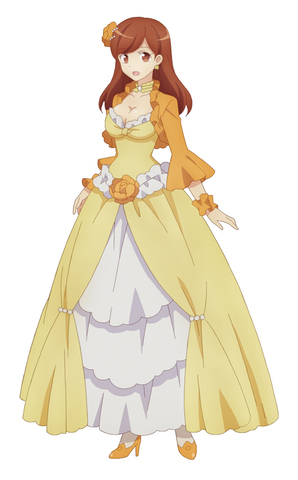 Four marquis girls. She used to be timid, but she grew up to be known in the social world as her "daughter among her daughters" when she met Catalina. He is good at growing plants and cooperates to revive Catalina fields. She loves Catalina and is planning to take her away to a monopoly. Magic is water. 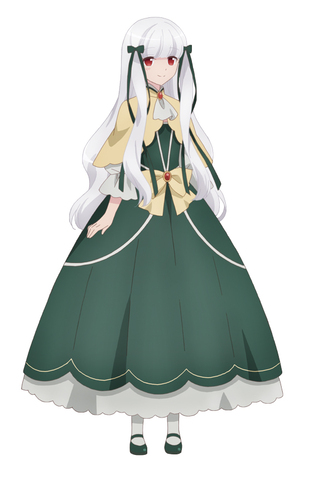 Earl family daughter. Because of her white hair and red eyes, she grew up with words from her surroundings. He is quiet and calm. He loves reading stories, and after reading the same romance novel, he becomes friends with Catalina and deepens friendship. Magic is wind.

A special girl who is a commoner and has the magic of light. Original hero in the maiden game "FORTUNE LOVER". Gentle and humble effort hard at everything. Catalina helps her where she is bullied by her status, and she yearns for her. She is good at making sweets, and Maria's sweets are a favorite of Catalina.

Also, comments from the casts have arrived, so let me introduce them below.

■ Miho Okasaki's comment
Mary gradually blooms herself by meeting Catalina in her childhood. Her appearance made me feel uncomfortable and made me feel the strength of a woman. Her love for Katarina became more and more robust, and she had only trust! Sho Katarina loved her straight feelings and loved her. I am really looking forward to watching the completed anime version "Hamefura"!

■ Inori Minase's comments
Sophia I play is a timid girl who cares about her own appearance. The way she grows and changes as she encounters Catalina, her relationship with Catalina turns into a very deep one in the story. I want you to pay attention!

■ Saori Hayami's comment
Maria is a lovely woman who is very cute and kind and has a heart-and-hearted behavior. I hope you enjoy watching Catalina and Maria gradually change their relationship.

In addition, a PV with a friendly atmosphere that allows you to listen to the voices of Mary, Sofia, and Maria was also released.

Advance screening with talk show will be held on March 22

In addition, it has been decided that the preliminary screening and cast talk show of this film will be held at United Cinema Aqua City Odaiba on Sunday, March 22, 2020. On the day, Mayu Uchida, Shota Aoi and Miho Okazaki will be on stage.

[TV anime overview]
■ "I have been reincarnated as a villain lady who has only a ruin flag for a maiden game ..."

The Ikebukuro area excursion event "Evangelion VR Startup, Ikebukuro Operation" will be held at "MAZARIA" (Ikebukuro, Tokyo), a place to enter animation and games in Ikebukuro, Tokyo. The event will b ...

PREV
Event shop for "SHIROBAKO" theatrical version will be held in Shinjuku from 2/29!
NEXT
From the popular anime "Devil's Blade" comes a second wafer with a card