Broadcast information of TV anime "Have you hear the waves" was announced. It will be broadcast on April 3rd in MBS / TBS / BS-TBS "Animation".

The main character, Minota Koda, started his own radio program, "Listen to the Waves," and the second PV full of puzzles that made it difficult to read the contents of the program was released. There are many characters such as MRS (Mogaiwa Radio Station).

A preliminary screening will be held at United Cinemas Toyosu on March 22. The first episode and the second episode will be screened in advance, and a talk show by Riho Sugiyama, Masahide Fuji, Maika Iwami and Sayaka Ohara will be held.

■ The TV anime "Have you hear the waves" is
based on the same name comic serialized in Afternoon by Mr. Hiroaki Samura of "Infinite Resident". Directed by Tatsuma Minamikawa, series composition is Shoji Yonemura, character design is Takumi Yokota, and animation production is Sunrise. Minaret Koda, who lives in Sapporo and works at a soup curry shop, was exploding a broken heart talk with the director of the local FM station, Kenji Mato, who met at the bar. The next day, when I was working as usual, the voice of Minare abusing the former boyfriend from the radio that was playing inside the shop ...! Mato secretly recorded Minare's bitches and broadcast them live. Minare gets excited and gets on a radio station. However, Mato tells without impatient.
"Sister, you're going to have a pause to stop?"
Minareh shows off his full excuses talk in an ad-lib. The broadcast resonated and was eventually recruited by Mato to a radio personality.
"Do you want to bring a crown program?" The
title is, "Listen to the waves." 3:30 a.m. in Hokkaido, and Minare awakens! 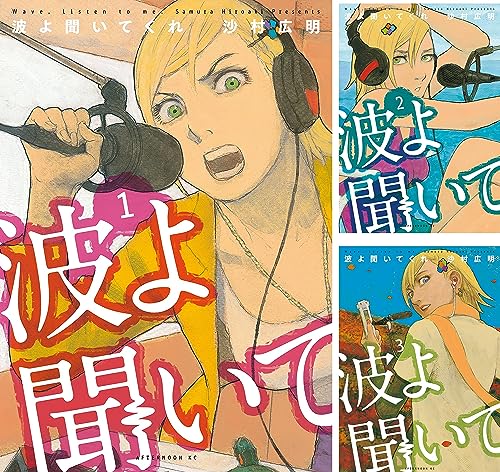 PREV
"Princess Connect! Re: Dive" is 4/6
NEXT
"Singing Yesterday"