The main cast of "Monster Girl's Doctor" to be animated in TV in 2020 has been announced. Junichi Toki plays Glen Litobite, a gentle and gentle demonic doctor, and Saori Onishi plays a role as a surfing role for Lamia, who works as an assistant while thinking about Glen . A doctor specializing in demons. Born in the human territory of the East, he met Lamia surfers at an early age and became interested in demons and medical care. There are some places that you can't rely on, but they are gentle and gentle. He was recognized by his teacher Kthrif at a young age and was so good that he was appointed a clinic. He is quite a work person and often goes beyond his limits to concentrate on treating patients and behaves irresponsibly and is often used to surfing. A sister and disciple who studied under Cthrif like Glenn. He is well versed in pharmacy and supports Glenn as an assistant. She is a strong and intelligent woman, but because of her jealous race, she accumulates stress as more rivals approach her. Often it explodes because you can't express your heart. The Lamia are vulnerable to sudden changes in body temperature, especially when it is cold, but they use their tails dexterously like a third hand. Also, the surfers usually wear special innerwear to block out sunlight because of albino.

From 13:40 on March 22, a public recording featuring Junichi Toki and Saori Onishi will be performed at the studio in the Bandai Namco Group booth of "AnimeJapan 2020" .

■ TV anime is a "doctor of the monster girl"
According to the favorite Mont daughter, for the love Mont daughter, Mont daughter medical animation. Author: Yoshino Origuchi / Illustration: The original novel by the same name of Mr. Z Ton. The director is Yoshiaki Iwasaki, the series composition is Hideki Shirane, the character design is Hiromi Kato, music: TO-MAS, the production is Arbo Animation. This is the town where the demons and people live together, Lind Vlum. New doctor Dr. Glenn is still examining Kiwadoi today! ? Examine Mermaid's gills deeply, sew fresh golem thighs, help spawn harpies, and palpate dragon scales everywhere. I'm just trying my best to save them with different looks, structures, and different qualities. But it's okay, no problem because it's 100% medical practice! There are times when the suffocation of the tail of the Lamia assistant and surf is suffocating, but the clinic is open today! The first ever! Medical fantasy begins, approaching the ecology of monster girls! !

The original novel is on sale until Volume 7. 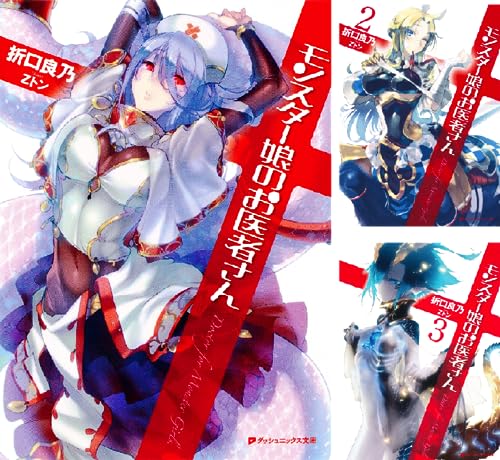 From the official smartphone card battle `` Shadowverse (Shadowverse) '' which has been decided to be animated into TV animation, in addition to the first PV, introduction, story, character, cast info ...

A synopsis and a precedent cut of episode 6 to be broadcast on February 9, 2020 (Sunday) have arrived from the currently airing TV anime "Oberflower". ComicFesta's new January 2020 cool “Obber-Floor” ...

PREV
The 7th episode of "Dorohedro"
NEXT
"Princess Connect! Re: Dive" is 4/6