It was announced in June 2019 as the role of Sailor Moon / Usagi Tsukino with the appearance of Mr. Evgenia Medvedeva, and became the topic of "Sailor Moon", the first ice show in the history of "Sailor Moon Prism On Ice" The press conference was held today on February 13, 2020.

"Sailor Moon" is a manga that Naoko Takeuchi serialized from 1992 to 1997 in Nakayoshi (Kodansha). A popular work that has developed in various media such as TV animations and musicals, and has caused social phenomena in Japan and overseas. In January this year, the 25th anniversary website was launched, and various projects are underway.
⇒ Enter the 25th anniversary of "Sailor Moon"! On the special site, "Crystal" sequel production and various collaborations etc. will be announced

In June 2019, the event was announced with the appearance of Evgenia Medvejeva as the role of Sailor Moon / Usagi Tsukino, and the first ice show "Sailor Moon Prism On Ice" in the history of "Sailor Moon" became a hot topic. "Was held today on February 13, 2020.

"I would like to express my gratitude to Dr. Naoko Takeuchi, the creator of the work. I want to practice a lot and work hard to become a sailor moon," said Evgenia Medvedeva, who appeared at the recital. 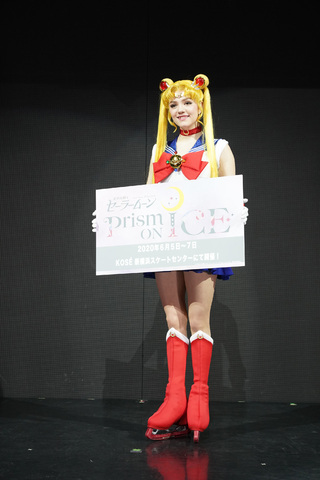 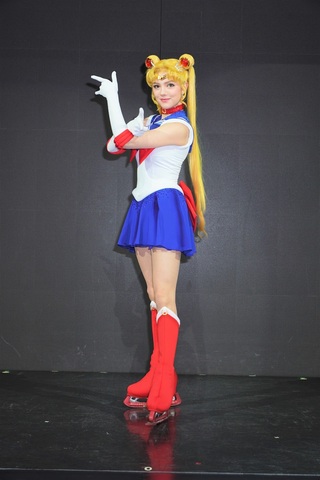 The script is written by Takuya Hiramitsu, known among sailor moon fans, and the music is written by Akiko Kosaka.
In addition to ANZA appearing as Queen Serenity as a special appearance, Serumu (musical "Sailor Moon") fans are also must-see content.

The fastest ticket will start today from the “Sailor Moon” official fan club “Pretty Guardians” and will be accepted until February 29 (Saturday).

If you are applying for a ticket other than the official fan club, a lottery ticket will be available for sale at noon on March 16 (Mon) at Lawson Tickets, so please check it out. 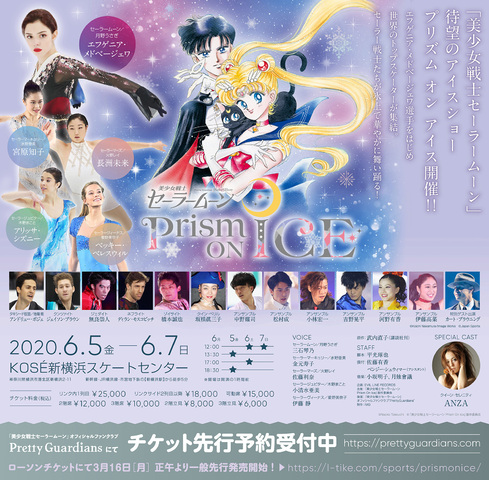 The collaboration between the Italian sports brand "Kappa" and the popular anime monument "ONE PIECE" has been decided. While inspired by the story of "ONE PIECE", popular characters such as the main ...

"Aikatsu!" Ichigo Hoshimiya & Akari Ozora, dressed as a "dress of memories" and made into a figure!

"Aikatsu! Hikamiya Ichigo and Akari Ozora appear in a set of memories and dress as a set. Currently, reservations are being accepted at Premium Bandai."Lucrea (Luklia) Aikatsu! Ichigo Hoshimiya & ...

"Kamen Rider Joker" that appeared in "Kamen Rider W" is lined up in Figure-rise Standard!

We picked up the main works from the Amazon and Kindle version comics that started distribution . "Uncle adventurer Cain's good deeds" "War x love" "Story like a boy in the village before the last dun ...

Luffy and Sanji from "Whole Cake Island" will be featured in the third version of One Piece ADVERGE MOTION! Row and Doflamingo from "Dress Rosa"!

PREV
From "Fort Knight" comes a Nendoroid of the "Scar Trooper"!
NEXT
"Kasumi Yoshizawa" appears in Lucrea series in phantom thief clothes from "Persona 5 The Royal"!