The new key visual of the TV anime "Tamayomi" broadcast from April has been lifted.

All members of Shin-Koshigaya High School are drawn.

What is TV anime "Tamayomi"? The
original comic of the same name by Mr. Mountain Pukuichi. The director is Toshiki Fukushima, the series composition is Doko Machida, the character design is Koichi Kikuta, and the animation production is studio A-CAT. Saitama Prefecture, Shin-Koshigaya High School. Takumi Takeda, who entered this spring, reunites with his childhood friend, Tamaki Yamazaki. When she was in junior high school, there was no catcher to catch, and she couldn't throw a sharply changing "magic ball", giving up her feelings about baseball. However, Tamaki, who had honed her skills with a powerful team, was able to catch the changing ball of Yingfu. After fulfilling their childhood promises, they met again and revived their baseball team with their classmates, Kawaguchi's sisters and friends. Aim for the whole country! The challenge of the newborn Shin-Koshigaya High School Baseball Club starts here. 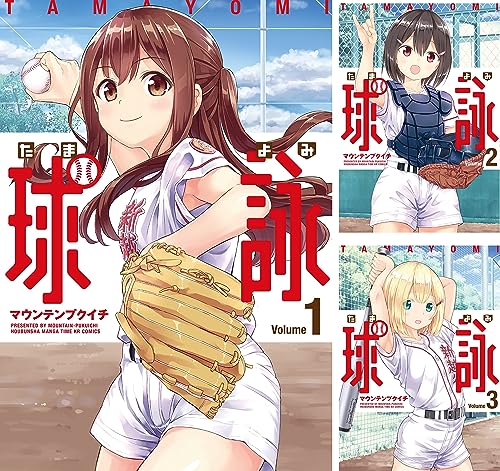 The last episode of "Asteroid in Love"

The outline and scenes of the TV animation "Asteroid in Love", which will be broadcast from March 27. 12. "The Connected Universe" has been released. . . . . . Kiraboshi Challenge 2nd day. There is no ...

The synopsis, scene, and notice of the eleventh episode "Blessing Peridot", a TV anime broadcast on TOKYO MX and others from March 19, "The Jeweler Richard's Mystery Appraisal," has been released. . . ...

PREV
"An angel has come down to me!"
NEXT
Theatrical animation "The person who knows the blueness of the sky" BD will be released on April 29