Journey through the sacred place of "Yuru Camp!" A guidebook that "Yuru Camp" and "Rurubu" collaborate will be released on 2/4! 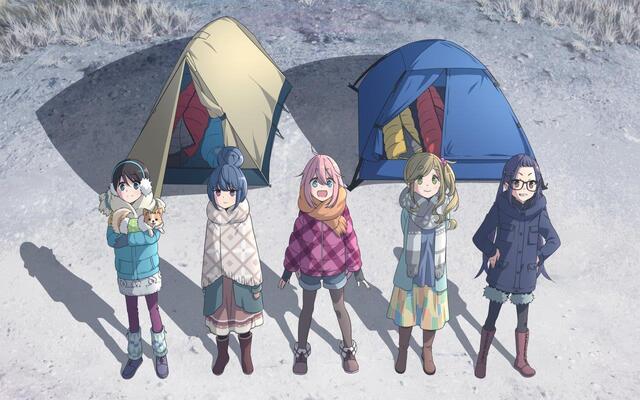 From January 2020, the latest animation in the series, "Heya Campaign," is also being broadcast.

⇒Key visual release of the short animation “Heya Can △”! Broadcast on AT-X, TOKYO MX and BS11 from Monday, January 6, 2020!

Travel on the stage of “Yuru Camp”

This book contains information on Yamanashi Prefecture along the Minobu Line, which was the model for the stage of Yuru Camp. In the "Journey through the stage of" Yuru Camp "" section, the bench where Nadeshiko was sleeping in the first episode of the animation and the school road that appeared in the "Hey Camper Part" in the eighth episode are introduced as sacred places Have been. 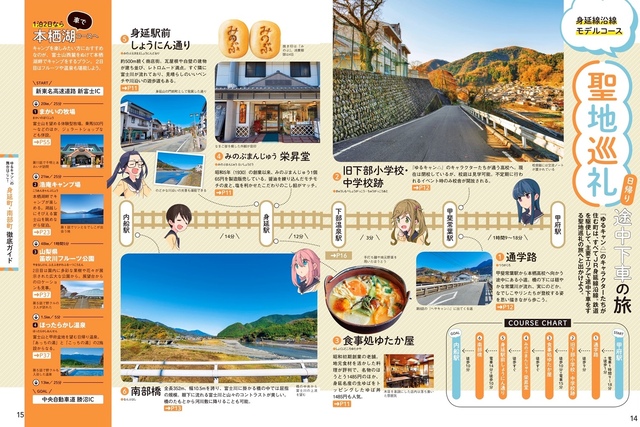 The "Course Guide for Traveling and Camping in the Same Order as the Anime Story" introduces the outing from episodes 1 to 12 of the anime in order. In addition to the captured images of the anime and the actual photos of the Yamanashi, Shizuoka and Nagano prefectures visited by Rin and others, a map is included at the end of the book. 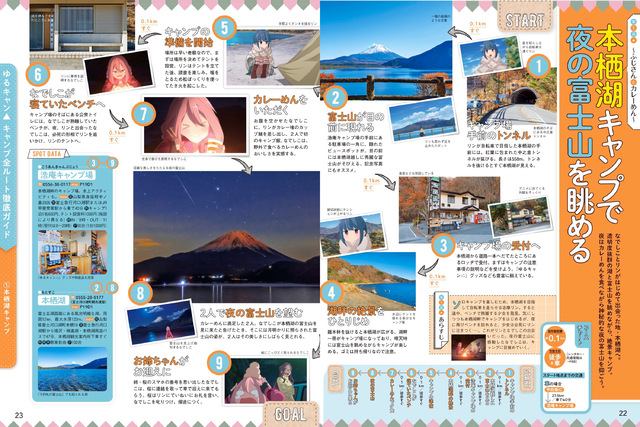 In addition, digests for all 10 episodes of "Heya Campaign Part" are posted. You can also read how to eat Kikyo Shingen Mochi, which Chiaki taught you. 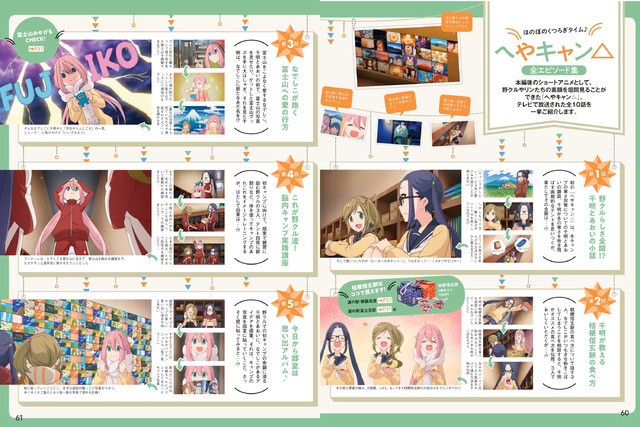 Unexplained travel routes to the latest 9 volumes of comics are also explained, and the contents can be enjoyed with the original illustrations. Goods with illustrations and logos are also open to the public at a glance, and there are plenty of collaborative gourmets, such as "Shimamari Dango" and "Sake that goes well with Sukiyaki of Gubi-nee."

In addition, exclusive interviews with Yumiri Hanamori, Nao Higashiyama, Sayuri Hara, Aki Toyosaki, and Rii Takahashi, who were the main casts of "Yuru Camp", were posted. They talk about the charm of "Yuru Camp" and the campsites you want to visit.

In addition, there are recipes for camp rice that is being worked on, such as Tandan Gyoza Hot Pot and Tomato Sukiyaki that appeared in the anime. Not only ingredients but also detailed data such as material costs and cooking time, so even beginners in camping can easily make them. 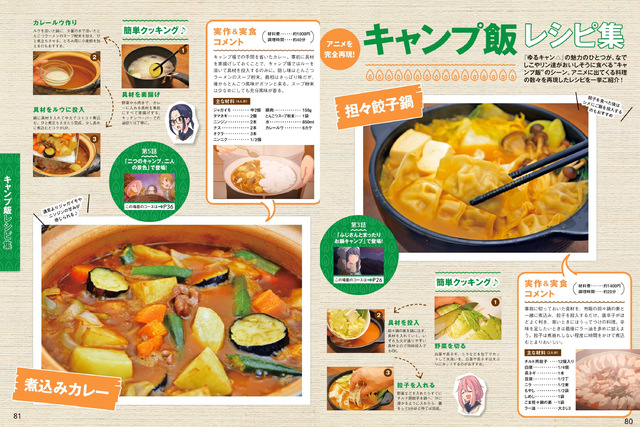 Event shop for "SHIROBAKO" theatrical version will be held in Shinjuku from 2/29!

It is decided that an event shop “SHIROBAKO” POP UP SHOP in Shinjuku Marui Annex ”for the movie version“ SHIROBAKO ”scheduled to be released on February 29, 2020 (Saturday) will be held on February 29 ...

From "Fate / EXTELLA LINK", the idol servant "Elisabeth-Bartley" will be figured out in the DLC swimsuit costume "Nagisa no Fresh Blood Majo"!

Hobby Japan has announced that the figure of the character "Elisabeth Bathory" of the action game "Fate / EXTELLA LINK" will be released around December 2020, and reservations have started. The price ...

What was the most popular Japanese anime article you read? Weekly news summary (December 20-26)

Let's deliver the weekly popular article ranking this week. It ranks the top 20 of the Animage plus articles. Which articles do anime, special effects, and hobby fans focus on? How many articles relat ...