In 1989, Masamune Shiro published the original manga in "Young Magazine Special Edition Pirate Edition" (Kodansha), and since the serialization started, Mamoru Oshii directed "GHOST IN THE SHELL / Ghost in the Shell" (1995), animation, The “Ghost in the Shell” series, which has composed various works such as Hollywood live-action movies, and has continued to surprise and inspire the world.

Finally, today, on January 27, 2020, the main cast, music and opening theme artists for this work have been announced.

The main casts will be Atsuko Tanaka (Moto Kusanagi), Akio Otsuka (Bato), Koichi Yamadera (Togsa) and others.
The original cast who played the same role in the “Ghost in the Shell SAC” series, directed by Kenji Kamiyama, will play the Public Security Section 9 again. 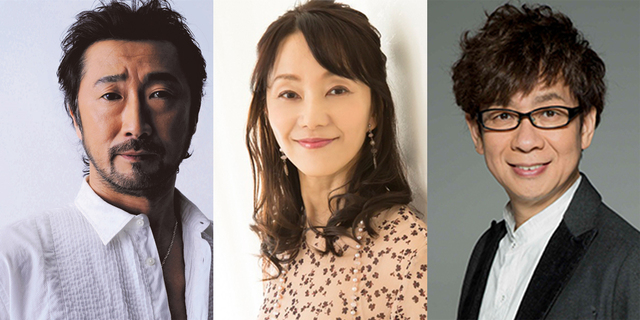 Nobuko Toda and Kazuma Jinnai are responsible for the music accompanying the play .
Until now, he has been in charge of music for the "METAL GEAR SOLID" series and so on, following "ULTRAMAN" (2019), coloring the work world of both Kamiyama and Aramaki.

The opening theme is millennium parade, a project by Mr. Yuki Tsuneda (King Gnu).
Millennium parade is hosted by Mr. Tsuneta, and has a theme of `` Tokyo from the world '', with a variety of sections including musicians, video directors, CG creators, designers, illustrators, etc. centered on digital native millennials. A creative group.

The opening theme, "Fly with me", is a newly-written song inspired by this work, and the contents of the opening theme of this work have already been shown down on his own live shows.
The artist name in this song is named "millennium parade x ghost in the shell: SAC_2045" as a collaboration name. At the time of the announcement, a comment has arrived from Mr. Tsuneda.

At the same time, the latest trailer using the dialogue, music and opening theme of the play by the cast has been released, so please check it out.

In addition, the 2nd teaser visual depicting the main character Motoko Kusanagi and members of the Public Security Section 9 by Ilya Kubusinobu who designs the character of this work, and the story that was wrapped in mystery were also released, and the work official site Was also renewed today at 17:00 on January 27 (Monday).
In addition, it has been announced that the distribution start date of this work on Netflix will be April 2020, and it has been decided to participate in AnimeJapan 2020 of this work. At the Netflix Animation Stage, which will be held at BIRD BLUE STAGE from March 2nd (Sat) 14:00 to 14:30, this work will be featured heavily, with Atsuko Tanaka being the main cast with both Kamiyama and Aramaki. This event will not be overlooked, as there will be talks by Akio Otsuka and Koichi Yamadera, as well as more work information.

"Olympia Cuclos" is a rare TV animation from April

"Olympia Cuclos", which is serialized in Grand Jump by Dr. Yamazaki of "Thermae Romae", has been decided to be a short animation. The TV anime “Olympia Cuclos” will be broadcast on TOKYO MX from April ...

PREV
"Yuru Camp" Volume 10 Release Celebration! Animate limited set with “Face Lantern”
NEXT
The cast and event information has been lifted from the new project "When Higurashi is out"!