In commemoration of the release of 10 volumes of "Yuru Camp" on March 12, 2020, it has been decided that the "Animate Limited Set" with paid benefits will be released.

"Yuru Camp" is a very popular manga by Afro, set in Yamanashi prefecture, depicting everyday high school girls who like camping and enjoy outdoor hobbies. TV animations broadcast on TOKYO MX and others from January to March 2018, and live-action drama broadcasts from January 2020 have gained popularity among a wide range of people, and the sequel short animation `` Heya Can △ '' has also been released in 2020 Broadcasting since January. The main staff is a group of members involved in the TV anime "Yuru Camp". C-Station is in charge of animation production, directed by Masato Jimbo, who directed the OP in the previous work, Mutsumi Ito for the series composition and screenplay, and Mutsumi Sasaki to continue the character design and total drawing director. In addition, Akiyo Tateyama is in charge of the music that is indispensable for coloring the work. And as a supervisor, Yoshiaki Kyogoku, the director of the previous work, also participates in this work.

It has been decided that the "Animate Limited Set" will be released on March 12, 2020.

In the 10th volume of "Yuru Camp" released on March 12, 2020, Izu Can, 3 days and 2 nights, is over and Nadeshikos are going to play at the school.
On the other hand, Rin is in contact with a certain person, but who is that ... Those who are worried should enjoy the book.

The animate-limited set with paid bonuses decided to be released this time comes with [Face Lantern] with various cute expressions of Rin Shima in addition to comics. Face lanterns are small and light with LED lights, and are easy to carry, so they are sure to be useful as emergency goods in case of emergencies as well as going out for leisure.
Furthermore, if you purchase it with Animate, you will also get [Drawover replacement cover] as an animate privilege.

Both are limited items that can only be obtained by Animate, so if you want to get it for sure, it is recommended to make an early reservation. 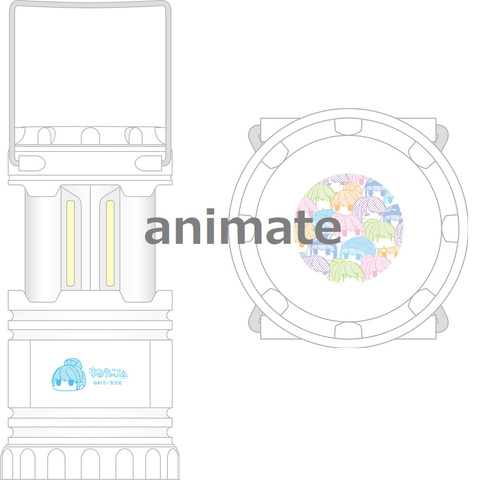 In the new animation of the “Queen's Blade” series, the main character is Elina, a younger sister who searches for Reina, a wandering warrior. It is a work following the first volume released in July ...

It was announced in June 2019 as the role of Sailor Moon / Usagi Tsukino with the appearance of Mr. Evgenia Medvedeva, and became the topic of "Sailor Moon", the first ice show in the history of "Sail ...