Ojamajo Doremi's 20th anniversary work "Looking for a Witch Apprentice" and Sanrio Characters will be collaborated. This time, the collaboration design was premiered. 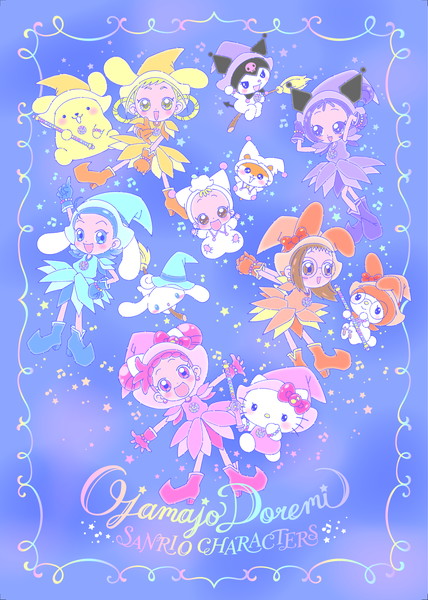 The Ojamajo Doremi series, which was produced as an original TV animation work for four years from 1999 to 2002. Harumi Kaze apprentices become a witch apprentice in order to find out the identity of the hostess, Majolica, in a mysterious shop called MAHO-do, and take responsibility for turning it into a witch frog. And his classmates, Hazuki Fujiwara, Aiko Senoo, Onpo Segawa, and Momoko Asuka are everyday works. The highest rating in the series was 13.9%, which was so popular that boys as well as girls were watching at the time.

To commemorate the 20th anniversary of the start of the broadcast of "Ojamajo Doremi," the staff at that time reunited with miracles. A completely new movie and "Find a Witch Apprentice" will be released on Friday, May 15th.

This time, in commemoration of the 20th anniversary and the release of the movie, collaboration with popular Sanrio characters such as "Hello Kitty" has been decided. For commercialization in May, two new collaborative designs have been announced for Sanrio Shop and for products released by Licensee. 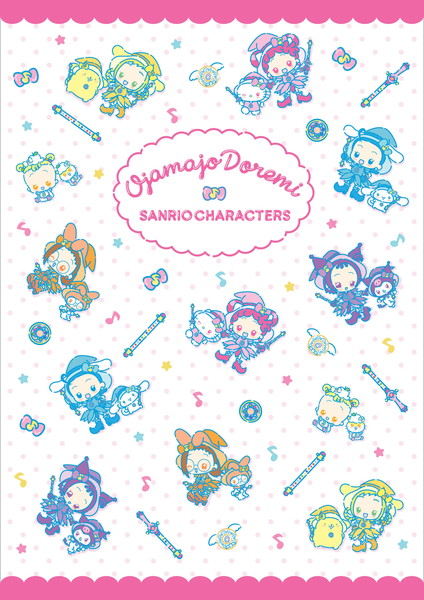 The collaboration will start in May 2020 at the release of the movie, and products will be released at Sanrio shops and Kiddy Land Harajuku stores nationwide. Detailed information on the product will be announced on a website etc. at a later date.

PS4 & Nintendo Switch software " Bokuhime PROJECT " will be released on April 23. CM-style PV-Princess Election-has been released. This is the newest software in Japan, a transvestite infiltration ...

It was announced in June 2019 as the role of Sailor Moon / Usagi Tsukino with the appearance of Mr. Evgenia Medvedeva, and became the topic of "Sailor Moon", the first ice show in the history of "Sail ...

In the hobby mail order "AmiAmi", the pre-sale of the resale of "Pita! Deformed Onitsuka no Blade Acrylic Keychain vol.3 10-box" sold by Takara Tomy Arts has started accepting reservations from April ...