The latest PV has been released from "Theater version Ultraman Taiga New Gene Climax" scheduled to be released on March 6, 2020 (Friday). In the PV, the hero Hiroyuki Kudo and the new hero "Ultraman Reiga", born of the power of all the new generation heroes, have finally been revealed.

"Ultraman Taiga" is the latest work of the new generation Ultraman series that has been running for 7 years since "Ultraman Ginga" in 2013.

In the theatrical version, the story begins where the main character Hiroyuki is targeted by someone. Knowing that, a new generation of Ultramans gathered one after another to save Hiroyuki. Hikaru, Show, Earth, Guy, Riku, Katsumi, Isami. In addition, Taiga's father, Ultraman Taro, came to Earth. However, Taro attacks his son Taiga violently. What happened to Taro? Can Taiga fight my father? New generation heroes take on the huge power of darkness.

In the released long PV, it was possible to watch the new hero "Ultraman Reiga", and it was also revealed that the black curtain of all wrongs was Ultraman Tregia, which was thought to have been beaten by Ultraman Taiga in the TV series.

Listen to the theme song “Dramatic” sung by Daisuke Ono!

In this PV, you can also listen to the theme song "Dramatic" sung by Daisuke Ono, who narrated the TV series. Mr. Ono has also received comments, so I will introduce them below.

■ Daisuke Ono's comment (original mom)
・
I felt it was important to take charge of the theme song . At the same time, I was delighted to be involved in the “Ultraman Taiga” world, not only in narration but also in songs.

・ It
's a ballad song on the royal road, so that all generations can sympathize with the theme song “Dramatic” . I think it became a song filled with hope for future children.

In addition, character information was announced. The outline is as follows. 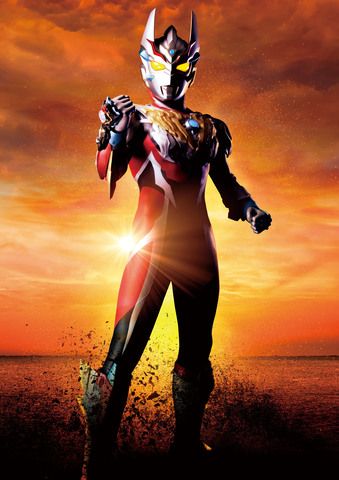 The power of all new generation heroes (Ultraman Ginga, Victory, X, Orb, Gide, Rosso, Bull, Grigio, Taiga, Titus, and Fuma) has been combined with Hiroyuki Kudo to create a new Ultraman. A new mysterious transformation item with the power of the New Generation 11 hero, "New Generation Eye", will be transformed into Ultraman Reiga by Hiroyuki wearing it. 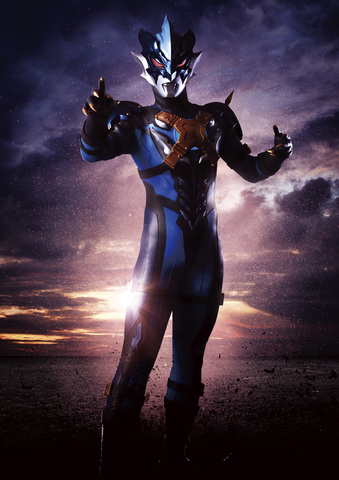 The evil Ultraman, who was from the land of light and was a close friend of Ultraman Taro, but has dyed his heart in darkness. It was thought that he was defeated by the Taiga's activities, but it reappears on Earth. 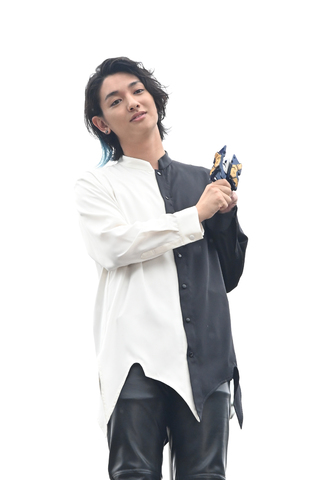 Ultraman training gear. You can return to Ultraman by using "Tregia Eye", an item like a mask. Plans to make Taro fall into darkness. 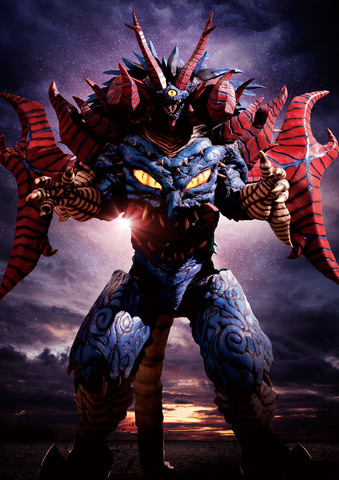 A monster that has been sealed inside Tregia and has been a source of power. The fight against Taiga triggered the release of Tregia's seal, which flew out of the body, but the New Generation Heroes joined forces and sealed them in the barrier in exchange for their transformation abilities.

In addition, in commemoration of the release of `` Theater version Ultraman Taiga '', from the first day of release on March 6, 2020, eight weeks of Katsumi, Isami, Riku, Guy, Earth, Show, Hikaru, and Hiroyuki appear on a weekly basis It has also been decided that the "Thank You Message" will be screened after the end roll. It is a special video that can only be seen in the theater, and which members will appear in which week will be announced just before the release.

* The screening period varies depending on the theater.
* Not all the weekly “Thank you messages” will be screened at the same theater.

2) Mbichike card (ticket only product) On sale
Price: General 1,400 yen (tax included)
* Excluding some theaters
* The pattern on the ticket is the same as "Theater version Ultraman Taiga".
* Please make sure that the screening theater you are watching is compatible with Mbichike before purchasing.

<Introduction>
From "Ultraman Ginga" in 2013 to the latest "Ultraman Taiga". A new generation Ultraman series that has been running for 7 years. The Ultramans in these works are literally called "New Generation Heroes".
Finally, in this work, this "New Generation Heroes" will all meet! Showa, Heisei, Reiwa-. Expect to ask for "Theater version Ultraman Taiga New Geneclimax" to give to ultra-fans who have passed the times!

<Story>
Hiroyuki Kudo, a member of EGIS, a private security organization, had the ability to transform into three Ultraman: Taiga, Titus, and Fuma. The battle between Hiroyuki and Taigas has deepened after fighting many enemies. However, Hiroyuki was being targeted by someone now. Knowing that, a new generation of Ultramans gather one after another to save Hiroyuki. Hikaru, Shaw, Earth, Guy, Riku, Katsumi, Isami-. In addition, Taiga's father, Ultraman Taro, came to Earth.
However, Taro attacks his son Taiga violently. What happened to Taro? And can Taiga fight his father! ? Now, New Generation Heroes dare to challenge the huge power of darkness!

The release of the movie "Detective Conan Scarlet Bullet", which was scheduled to be released on April 17th at Toho throughout Japan, has been announced. Following the spread of the new coronavirus in ...