The first live event of the “Magical Girl Lyrical Nanoha” series, which celebrated the 15th anniversary of the first TV anime broadcast, was held at the National Yoyogi Stadium in Tokyo on January 18 and 19, 2020.

And recently, the live event report held on January 18 and 19, 2020 has arrived, and it is introduced below. 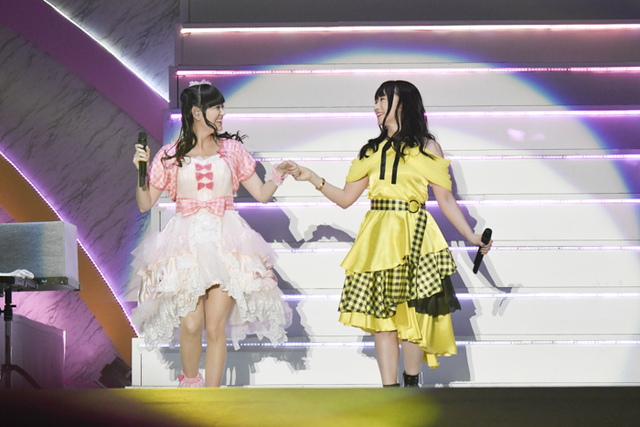 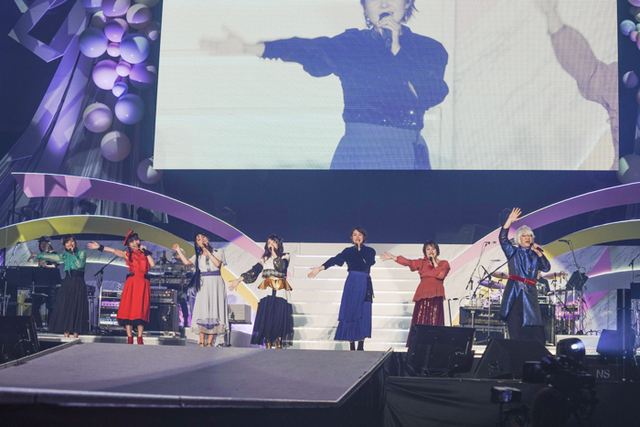 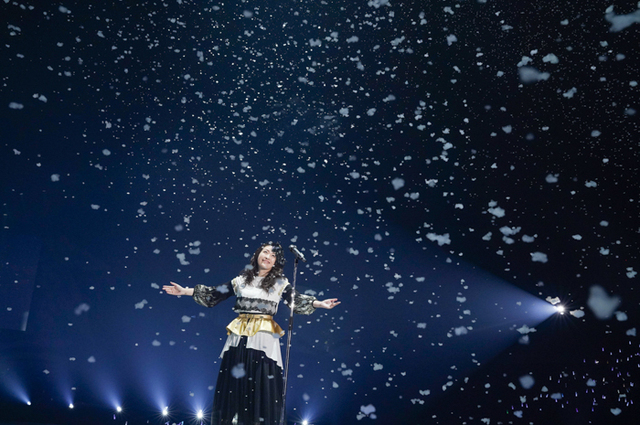 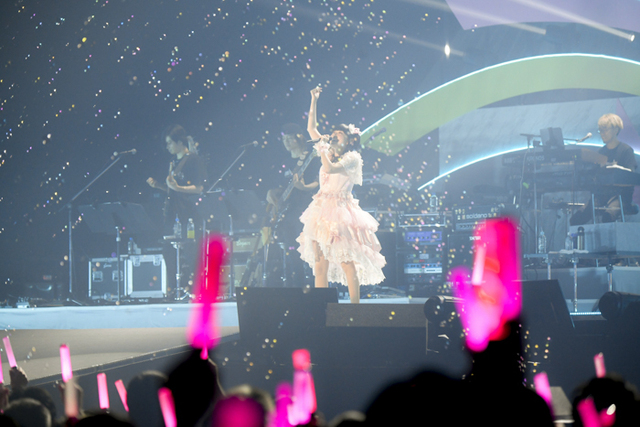 The opening started as a voice actor, a collaborative stage of two artists who have supported the series as artists for 15 years-Yukari Tamura (role of Takamachi Nano) and Nana Mizuki (role of Fate T. Haraown). In the theatrical version “Magical Girl Lyrical Nanoha The MOVIE 1st” released in 2010, two songs in a row, the theme song “PHANTOM MINDS” sung by Mizuki and the ED theme “My wish My love” sung by Tamura It was a dream-like beginning to be performed in a duet. The two figures singing, sometimes with their eyes in sight, and sometimes holding hands, seem to be recreating the unchanging friendship of Fate, as if they were in the middle of the game, and suddenly heated the fans' hearts from the start I must have done it.

The first half of the live show was based on character songs, and was designed to look back on the history of the 15-year series. First of all, the Yagami Family, which appeared in the second TV anime "Magical Girl Lyrical Nanoha A's", has now become an indispensable part of the series! Asami Sanada (the role of Vita), Ryoka Yuzuki (the role of Shamal), and Kari Shimizu (the role of Signum) appeared on the stage one after another to excite the venue, and Yuka-san (the role of Reinforce II) who received the baton from there, and Sanae Kobayashi (As Reinforce II) has a gentle singing voice. At the dawning MC, Kana Ueda (the role of Hayate Yagami) and Kazuya Ichijo (the role of Zafira) join, and the Yagami family is now all set. Moreover, this is the first time that Yuka has participated in the "Nanoha" -related event, and this is the first time in the history that the true authentic Yagami family has been set. Audience fans witnessed at a historic moment applaud seven people on stage. All of them sang "Prayer for the Stars (Kuru x 2 mix)" as if they had bitten their feelings over the years, and concluded the Yagami family part.

After the Yagami family left, Tamura-san and Mizuki-san appeared in turn, each performing two Fate character songs. What is more, the pink and yellow costumes, which were conscious of Fate's image color (magical light), were well suited for them. After that, from the third TV anime "Magical Girl Lyrical Nanoha StrikerS", Chikazu Saito (as Subaru Nakajima), Mai Nakahara (as Tiana Lanstar), Marina Inoue (Erio Mondial) Role), Mikako Takahashi (the role of Caro Le Lucier). There was something deeply impressive when the four people sang “To The Real” back to back on the center stage. That's because "StrikerS" was broadcast in 2007, but it's been 13 years since the airing of these four people at the "Nanoha" event. Mr. Takahashi, who often participates in the event as the role of Chrono Haraown, has not appeared as a caro in front of the fans for the first time in a long time. "Today, I am very happy to be wearing pink costumes (inspired by caro)." I was talking.

From the theatrical version “Magical Girl Lyrical Nanoha Reflection” released in 2017 and the “Magical Girl Lyrical Nanoha Detonation” released in 2018, only Yoko Hikasa (Iris) and Kana Asumi (Yuri) will participate in DAY1. "Daylight on Brave" sung by Hikasa was originally an insertion song sung by Kyrie Florian (CV, Satomi Sato) in "Detonation", but the lyrics are sung in the newly created Iris version for this live. It was a special song. Iris, who inherited the thoughts of his best friend, Kyrie, sang "Winds on hope-to the end of the wilderness" with his other best friend, Yuri, and left a solid footprint in the history of Nanoha.

Yui Ogura (Rinne Berlinetta) will be participating in the 2016 anime series "ViVid Strike!". This was the only participation from the `` ViVid Strike! '' It was a performance. And it is Hayate-san who decorates the last in the first half of the center of character songs. On January 18th, when DAY1 was held, we showed off "Snow Rain" in Tokyo with snow from morning. Even during the singing, snow dance was performed, but Mr. Ueda said, "I was a little throbbing" because of the fateful meeting that snow actually falls outside the venue. Also, on DAY2, "Snow Rain", in which Ueda-san, Kobayashi-san and Yuka-san sing together, was realized for the first time. The three-player version, which has not been produced as a CD sound source, is of course a very precious thing that can only be heard on this day. The fans listened to the singing voice.

In the second half, Mizuki and Tamura will perform as artists, delighting fans at the venue with their respective charms. Mizuki, who was mainly in charge of the OP theme, is different from Fate's character song and develops a hot and intense stage. He performed five songs including "innocent starter", the "starting song" of "Nanoha", and "ETERNAL BLAZE", one of the most famous songs in the series. On the other hand, Tamura, who has been mainly in charge of the ED theme, will perform “Spica in the Starry Sky” and “Beautiful Amulet”, and will be able to listen to singing voices with various thoughts even in a quiet environment. The end of the long-lived live was the end of the memorable TV anime ED theme "Little Wish-lyrical step-".

"Brand new Days" was sung by Tamura-san and Mizuki-san who appeared again in front of the fans in response to Encore's voice. This is a new song included in “Magical Girl Lyrical Nanoha Character Song Complete BOX” released in November 2019. In DAY2, Ueda, Tamura and Mizuki will sing "Akatsuki no Prayer ~ Ver.Trinity Hearts" as Diace, Stel and Levi performed by "Reflection" and "Detonation". In the finale, all the performers sang the ED theme of "Detonation" "Small Magic ~ Lyrical Flower ~", and it was a big circle. Hoping to see you again, the 15th anniversary celebration has ended with the familiar shouts "Drive!" And "Ignition !!"

… But DAY2 does not end there, but after all the performers have left the stage, the start of the new project “Lyrical Nanoha” has been announced on the screen on stage! The inside of the hall is wrapped in delight and a new page of "Nanoha" starts to move as it is noisy. What is a new project? I want to look forward to future reports.

fripSide's BD " fripSide infinite video clips 2009-2020 " will be released on April 1. MV collection commemorating the 10th anniversary of the second stage fripSide with Aino Nanjo as vocal. In additi ...