A comprehensive review of the final work in the fall of 2019. Manga that won numerous awards such as the Kodansha Manga Award, the original work “BEASTARS”, the topical work “Different World × Wrestling × Kemono” “Kemonomichi”, the original title depicting a junior high school boy “Hoshiai no Sora” ”,“ Weekly Shonen Jump ”serialized“ Dr.STONE ”, and“ I can't choose a way to become a librarian's favorite librarian. ”

In a world where carnivores and herbivores coexist and carnivores are contraindicated, a youth group drama depicting beasts who are at the mercy of instinct. At Cherryton Gakuen, the story's setting, a variety of animals, including the hero Legoshi, who is a gray wolf but has special emotions with dwarf rabbits, as well as red deer, Bengal tigers, and alpacas. The main story is a basic 3DCG, but also mixes hand-drawn 2D, and in the OP, it adopts a stop motion using a doll, and various expression methods match the theme.
The beasts are bipedal and wear clothes, so they are not much different from humans except for their faces, but for that reason they are surprised at the scene of taking off their clothes. The moment when Legoshi takes off his jersey to teach dancing and the hull of a rabbit exposes his bare skin is somehow immorally erotic. It is a sweet work that you can enjoy the feeling of seeing something you should not see for a long time. 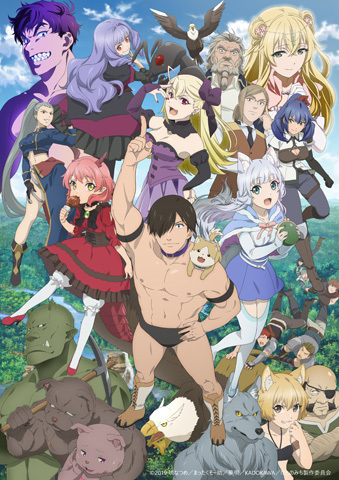 A fantasy comedy where the strongest masked wrestler chemonar mask, Genzo Shibata, is summoned to a different world and saves money in a hunter guild to run a pet shop that has long been a dream. If the main character is heard as a professional wrestler and chemoner, it seems like a different work, but a professional wrestler who must catch any attack, a chemoner who can love any animal is surprisingly high in affinity, and while working together, each other It is so beautiful that it can catch your eyes.
In the final wrestling tournament, out-of-place brawls between spectators broke out. With the voice of a gorilla's "I can't do it anymore!", A battle between humans and beasts develops into a large-scale battle, but the end is waiting for the end of this philanthropic work. I wonder if this is the "Kemonar Harlem" talked about in the OP. 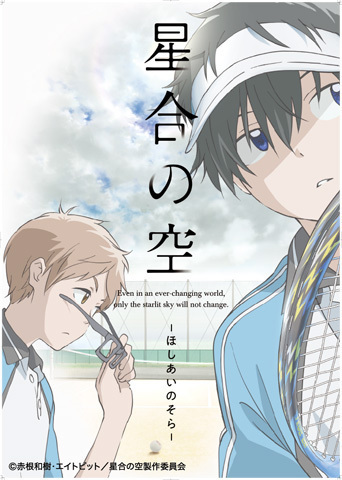 A youth group play of junior high school boys belonging to the soft tennis club on the verge of abolished. When transfer student Makiki Katsuragi joins the club, the members who are not motivated change little by little. The theme was soft tennis instead of hard tennis, and the form and stroke with a low center of gravity were carefully expressed.
Because doubles is the mainstream competition, it is also worth seeing how to capture strong opponents through pairs. Masaki, who plays a central role in the department, shows her weakness as soon as she confronts a certain person. At first it was planned to be divided into 2 cools and 24 episodes, but since it was suddenly changed to 1 cool, there was a history that the first 12 episodes were visualized without changing the configuration, and it is expected that the sequel will be realized. 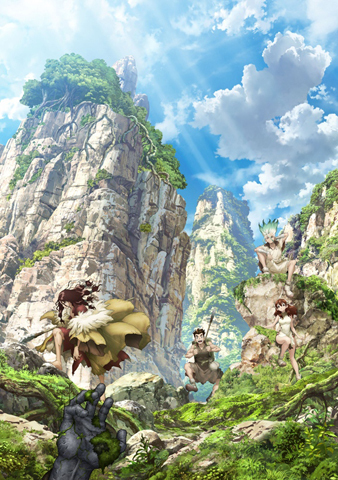 Thousands of years after the mysterious phenomenon that all humans petrify. A science adventure where the protagonist Chiku Ishigami awakens from petrification and restores civilization from scratch. Senku, who is well-versed in natural sciences, can produce all kinds of inventions, including panacea, power plants and ramen, using only local procurement.
The story of using modern knowledge to solve various problems is reminiscent of “transmigration to another world”, but “Dr. STONE” is set on the earth where civilization has collapsed. The last of all 24 episodes is closed with an episode of an item that connects the past and the present, and it seems that this work tells that entertainment is not related to science. Chiku, who valued diversity without being caught up in the classification of humanities and sciences, such as making inventions inspired by one hundred stories transmitted to the village and adding a mentalist who manipulates the mind of human beings with psychology as a friend. Good character. 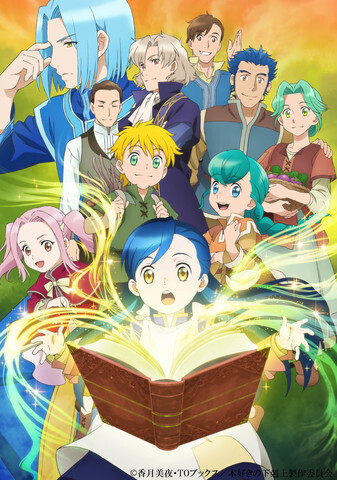 The girl college lover who loves books relocated to Ehrenfest, a city in a different world with a strict identity system. Since she was reborn as an ordinary soldier's daughter, Mine, she couldn't read luxury books and struggled to create her own books. The protagonist of "The Transmigration of Another World" has an image that quickly adapts to the new environment, but Mine is so sick that he cannot go down the stairs alone, so he has a hard time just spending his days.
In such a severe situation, memorizing characters of different worlds, making shampoo and hair ornaments, etc., are carefully drawn to improve their lives little by little, somewhere like NHK's morning dora. Also. The commentary of the SD character that sometimes intervenes, and the bright voice of the leading star Yuka Iguchi also helped to soften the serious world view. The second phase will be broadcast from the spring of 2020.

The synopsis and scenes of the episode 6 of the TV anime "Maggia Record Puella Magi Madoka Magica Gaiden" broadcast on MBS, TOKYO MX and others from February 8 have been released. . . Iroha is lost in ...

From the TV anime "Dancing If You Go to Budokan", which is being broadcast from January 9, 2020, it has been decided that a retrospective screening of episodes 1-4 will be held on Nico Nico Live Broad ...