It has been about a year and a half since the announcement of the animation decision was made at the live "KICK A'LIVE" held in August 2018 . Information is revealed little by little at live, events, radio, etc., and a special program was broadcast in 2019, so I thought that the story of animation would not disappear, but I am relieved when the broadcast date is fixed . Of course, it's a crucial moment after being broadcast ... but as long as I'm glad! That is the feeling of ARS (ARP fan). While the ARS was watching, a preliminary screening was held at Ikebukuro HUMAX Cinemas on January 11, 2020. This episode shows the first episode of the anime, a talk show by cast, and a video letter from ARP!

There is a great possibility that people who do not know ARP at all will be able to watch TV anime, so let's first briefly introduce ARP before telling the state of the preliminary screening.

ARP is a dance and vocal unit that includes four high school boys who attend the International School of Music (ISM) Yokohama School, a famous artist training school. At this time, it is often introduced as a `` group '', but from the beginning it was a unit consisting of Shinji, Leon who is active in solo, and a diamond and Rage forming the duo `` REBEL CROSS '' Should be. You may not have to worry about such small details, but I think that the real pleasure of ARP live "Battle Song" (a game where performers compete with each other) is a unit, so it is established In addition, the process of gathering and “harmonizing” individuals who have the ability to be active in each of them is irresistible, and the trusting relationship that deepens over time, the singing voice and performance that can be played only by these four people are the highest, I wanted to say it! 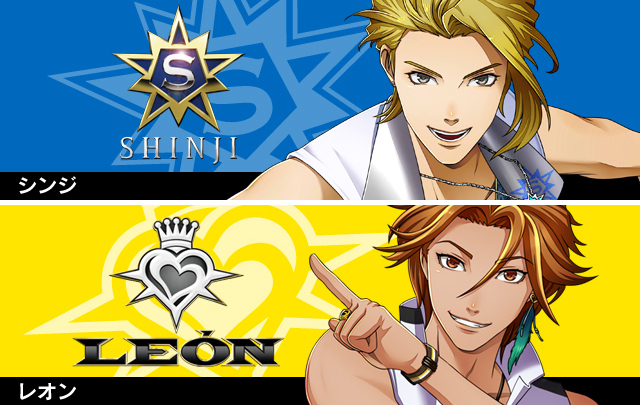 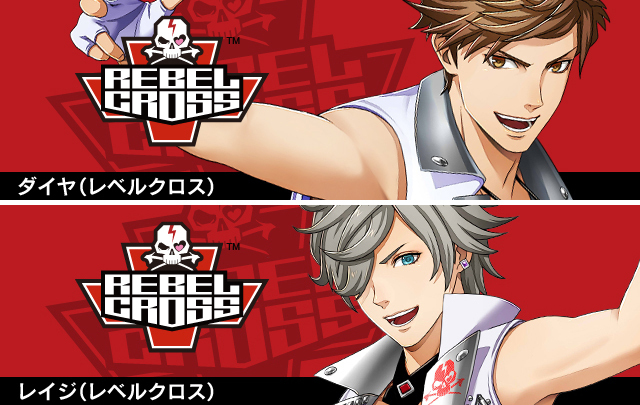 Recently, "SHOWROOM" has been broadcasted, but ARP, "Amazing Radio Performers on the WEB", which is broadcast live and Nico every Saturday, is the basic activity of ARP. In particular, his commitment to the live performance, which is the center of his activities, is tremendous, and many people who saw it live for the first time were shocked. This is because instead of projecting a CG image prepared in advance, it captures motion during live and performs CG rendering, and outputs it as a holographic model. Therefore, you can move in real time, talk with members like an ordinary artist, and even contact the ARS in the audience seats. In addition, it is a point that singing, dancing and high level are also supported. Actually, there are other great commitments, but if you explain everything, it will be very long, so please check the interview with ARP's general producer Akari Uchida for details! 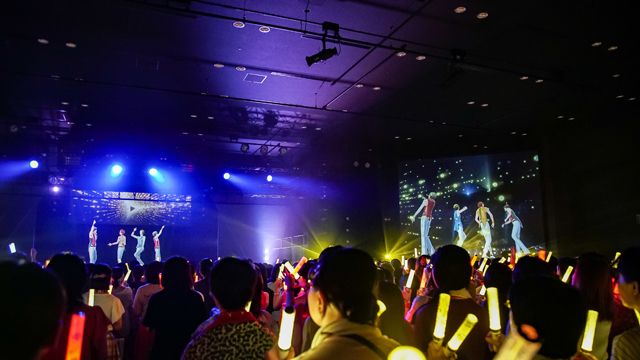 What kind of anime is "ARP Backstage Pass"?

Animation seems to start before it becomes ARP. How the four meet and become ARP. And it seems to be a structure that, while pursuing the trajectory so far in a documentary form since debut, the conflicts and feelings that were held at that time are delved into each member and delivered. It seems that there are parts that have been adapted as animation, but in the video letter prepared by ARP for the preliminary screening, the diamond said, `` Because it is a story of our past, somehow, youthfulness I feel a little embarrassing. "I feel that it is unlikely that there will be any divergence from the truth (personal opinion). It's exciting to see them behind the scenes of a live show, school life, everyday life, and a little childhood.

Of course, the first episode of the anime has already been watched because it is a preliminary screening. I can't say the content because it will be spoiler, but as the diamond said, "Because it is the best thing in the stage scene, really, please expect me", it is cool with a different vector from the actual live! The singing voice during the live is also theirs, so it's great to be able to fully enjoy the ARP songs. In the drama scene, the first episode shows that ARS will be interested in it, so the more you see it, the more you will know them and the more you want to support them. However, since I can't understand the whole story in one episode from the first person who touches ARP for the first time, I would like you to watch the story start moving (although you want to see the whole story). 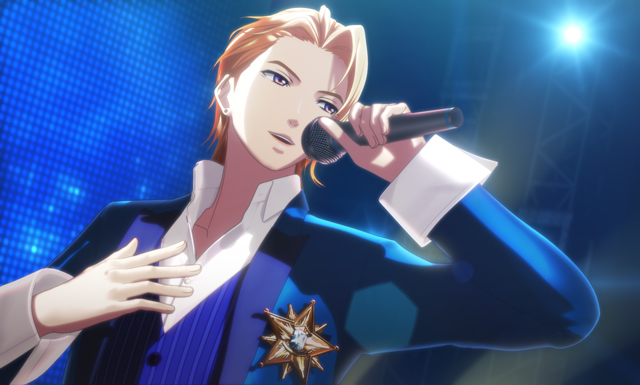 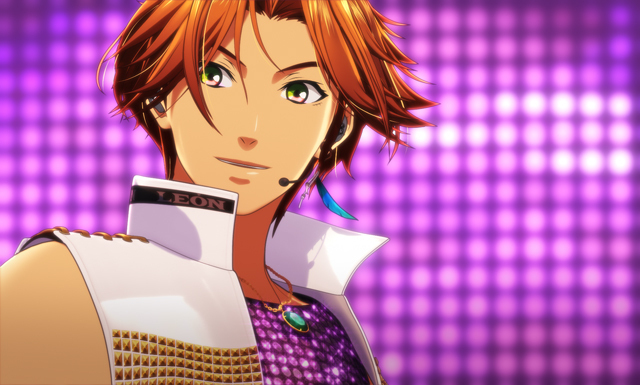 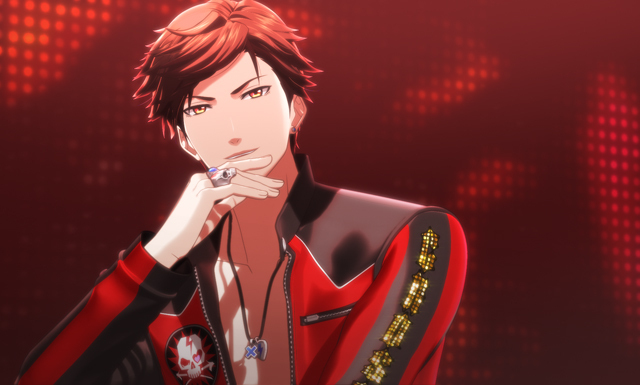 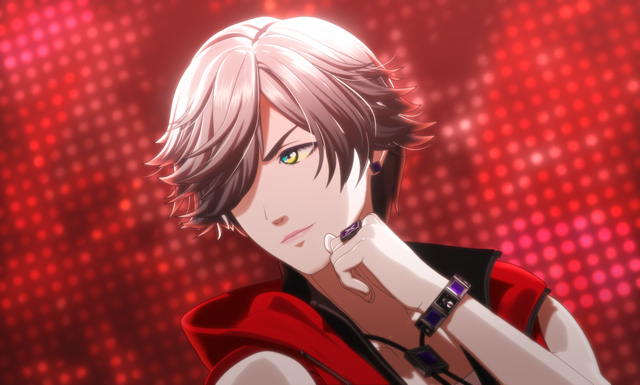 ARP's first challenge! How is the post-recording recorded?

It is also a point that ARP members are challenging post-recording when creating an animation! Yes, the ARP members themselves are playing themselves in the TV anime "ARP Backstage Pass". This seemed to be more difficult than I imagined, but the dubbing seems to be progressing smoothly. Voice actors Kazuhiko Inoue and Wataru Komada, who were presenting as guests at the preliminary screening, told me how ARP dubbing was recorded for the first time as a voice actor. 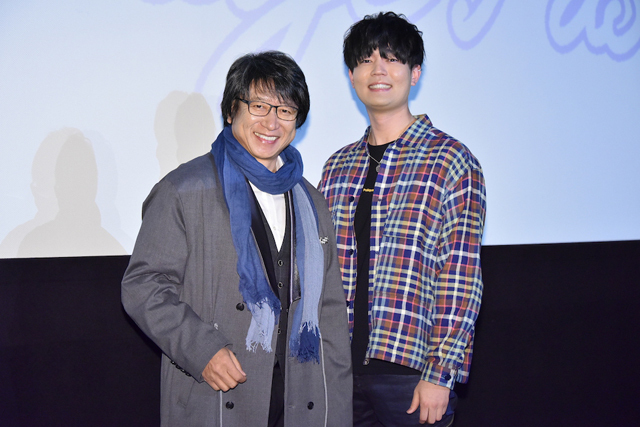 Inoue plays the director of ISM Yokohama School where ARP goes. In any case, in anime, it seems to be a setting that adds the elements of the real director and the ARP general producer of P. Unlike an awkward looking stubble-looking look, she is a friendly person who loves ARP members and is irresistible. Meanwhile, Komada is in charge of Shinji's classmate, Haruomi Matsumoto. He doesn't feel good at communicating, but he loves music and is a very hot child. It seems to be the person who holds the key as if there was no current Shinji without Matsumoto, such as promoting Shinji, who was specialized in classical music, with various genres. 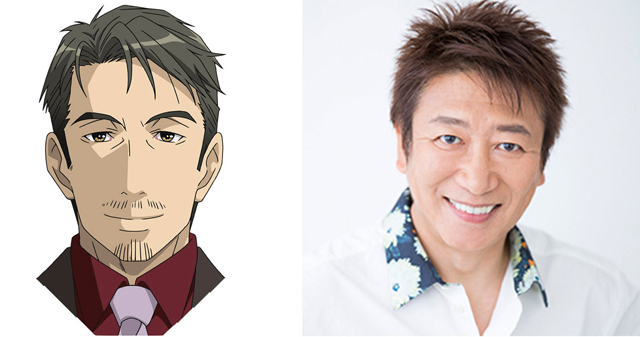 When I played with the appearance image, the director told me "Please do not be a bad person" (laugh), so I felt that it was a soft feeling and I made a role conscious of a person who would not make money even if I made a mistake 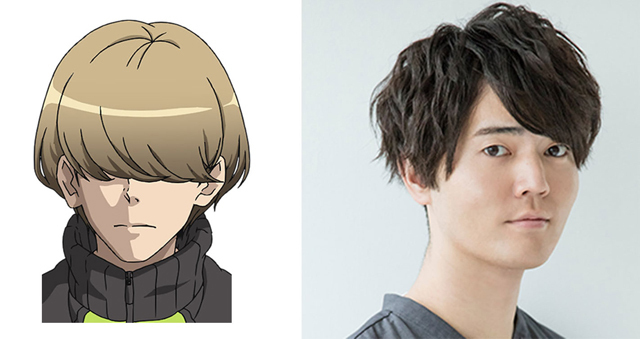 From Mr. Komada's point of view, Matsumoto has a gap when he talks about his usual appearance and his favorite things, and he looks cool.

Well, here is the main subject. What do the four ARP people think of Mr. Inoue and Mr. Komada? In particular, Rage called Mr. Inoue "Kazu" on the radio, and he was worried about whether he was wearing it because he was basically a fool, but he said that he used honorific words while having a big attitude That. Also, if you can speak well, even if other people are saying the line, you can look back and tell them the feeling of "How is it?" "Is it bad?" It seems to come. Absolutely, your eyes are sparkling (laughs). And it was the order of entering the studio that surprised me in the episode told. Mr. Inoue, who is a big mogul, is the first rider, and how ARP only comes to the last minute of recording! Inoue-san warmly follows, "They're brilliant!" It's kind to the director! 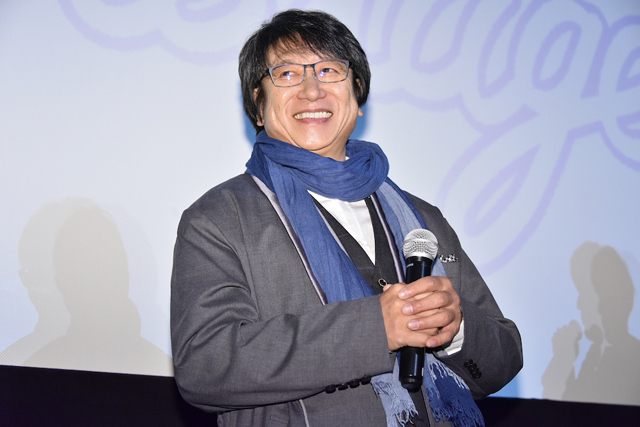 By the way, it is Rage that enters the studio last. Mr. Takuya Hoshino of MC asked, "Do you not tell me to come early?" To impress. "I want you to keep Rage as it is. You can delay 3 minutes or 5 minutes."

Regarding the important dubbing recordings, those who have a musically genius sense have a good sense of rhythm, and it is evaluated that they can master as soon as they get a little trick. Above all, Shinji is keen on research and is trying to utter voices unique to anime. He does not compromise on breathing, such as "returned breath" or "running and expired breath". He has tried many times himself and advised other members. According to Mr. Inoue, the advice is correct. As expected, it is Shinji. However, it is Rage that usually rebounds if you are troubled like this. However, he seems to be honestly asking for advice. According to Mr. Komada, he was more interested in trying what he had heard than listening to what he was told. It was similar to Shinji. 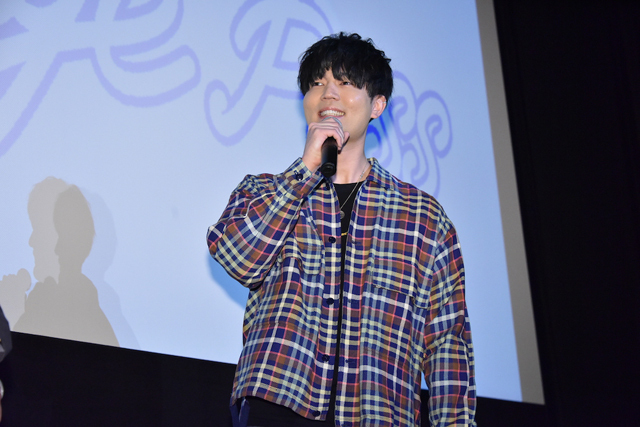 Rage, who received advice from others, tried it immediately and responded, "Is it different?" Slap a cheeky mouth, but basically an obedient child

Leon's tongue problem, which he had been worried about before dubbing, began to bite well (laughs). However, innocent Leon is said to be cute here too! Even if you enter the recording, you will not be nervous and it will not change as usual, so just listening to that voice seems to wash your mind, so Mr. Inoue says that `` It will remind you of what you forgot in the old days '' . Leon is cute! And although it was a diamond that did not have any failed stories about post-recording so far, an episode was revealed that it might be the most likely problem. It seems that the voice assistant function "Siri" was activated at an exquisite timing that is important for a moment, "Poppon ♪ I do not understand" because I forgot to turn off the smartphone. Turning off the smartphone at the time of post-recording is one of the basics, but not knowing such a thing is a failure like a first experience. However, he seems to be doing some strange things that cannot be done because he is an inexperienced person. During the interval, he started a full-fledged muscle training in the studio at a very high speed, and when he was instructed to stop in the studio, he moved to the corridor and continued his muscle training. Moreover, Mr. Komada was also able to do the muscle training.

It seems that four people are still free to mess up as usual, but thanks to Mr. Inoue and Mr. Komada who are kind and have large vessels, the recording seems to be proceeding in a very good atmosphere. This time, while talking about the episode, Mr. Inoue and Mr. Komada also discarded the ARP member, and I felt like they were being loved by the seniors, and I was personally good. It's time

We will also introduce special events announced at the preliminary screening and music information related to animation! 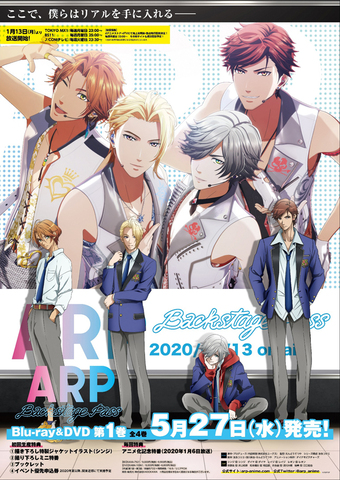 From "Sword Art Online Alternative Gun Gale Online", a figure of Koren Maki Koren's avatar "Len" will be released in March 2020. The price is 14,080 yen (tax included). "Sword Art Online" is an animat ...

Assault Lily talk event will be released on YouTube on April 12!

Bushiroad announced that the talk event "Assault Lily Exchange Meeting Apr. -Hatsuharu-" will be released on YouTube from 19:00 on April 12, 2020 (Sun). "Assault Lily Project" is a media mix project o ...

From "Fate / EXTELLA LINK", the idol servant "Elisabeth-Bartley" will be figured out in the DLC swimsuit costume "Nagisa no Fresh Blood Majo"!

Hobby Japan has announced that the figure of the character "Elisabeth Bathory" of the action game "Fate / EXTELLA LINK" will be released around December 2020, and reservations have started. The price ...

PREV
New edition of "Re: Life in a Different World from Zero" on air, episode 4 & episode 5 released!
NEXT
TV anime "pet" based on the SF human drama "Pet Remaster Edition"