To commemorate the release of "Made in Abyss Deep Soul," theatrical version will be released on January 17, 2020, "-Collaboration Cafe Hidden Bondle's Base-" will be held at EJ Anime Theater Shinjuku Is done. The event will be held from January 17 (Fri) to February 16 (Sun) 2020.

"Made in Abyss" is an animation work based on the manga of the same name serialized on the web comic site "Comic Gamma". A popular work depicting the adventure of Riko, a girl aiming to be a great "explorer", set on the giant large hole "Abyss" that does not know how long it will last and the town "Oath" built on the edge. The TV anime was broadcast from July to September 2017.

In this collaboration cafe, food and drinks that image the world and characters, such as “Liquid collected from the legs” and “Bondold's love parfait,” will be provided. 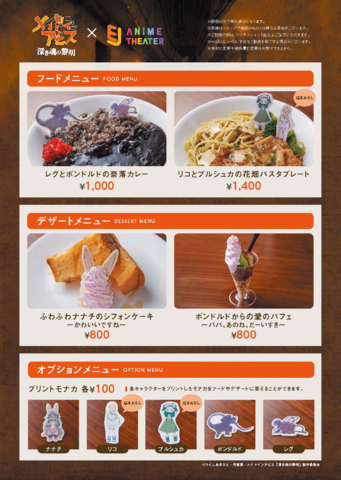 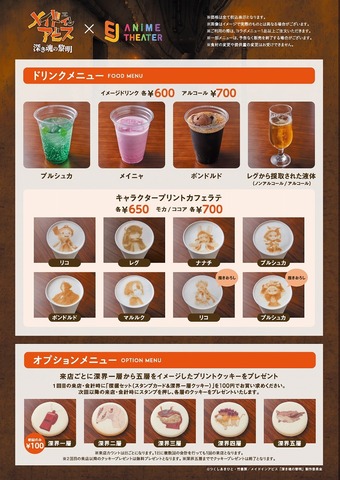 In addition, for each collaboration menu item ordered, a scene cut card for the movie version “Made in Abyss Deep Dawn of the Soul” will be given a random one. When all 12 types are completed, the abyss sketch drawn on the back of the card is completed. The first distribution period of the novelty is from January 17 (Fri) to January 31 and the second distribution period is from February 1 (Sat) to February 16 (Sun). 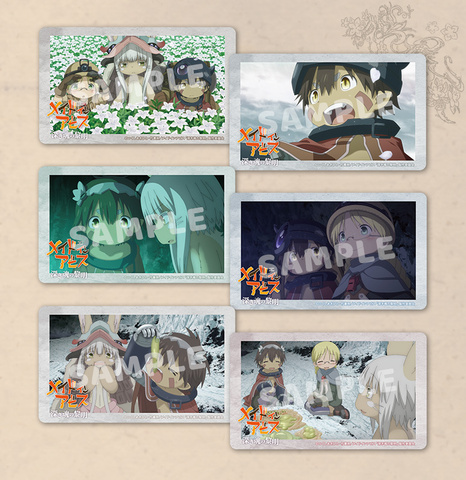 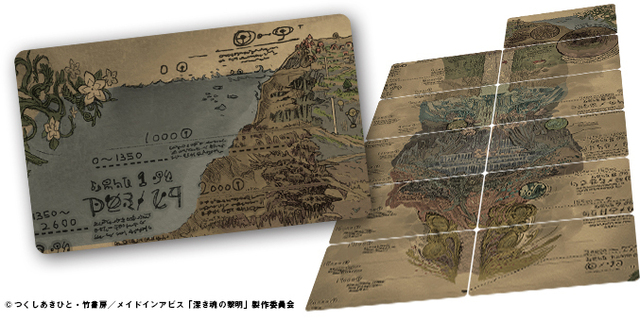 There is also a gallery! 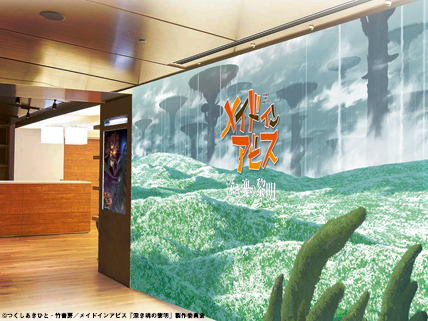 The interior of the cafe was designed to recreate the work, such as the wall of a meat bulb and the stairs with a rising load.

In addition, you can enjoy a gallery full of highlights, such as the "Abyss Peephole" that looks back on the adventures so far, and the "Memorial Room with Maruluku" in connection with the presents for visitors ( see here for details ). . 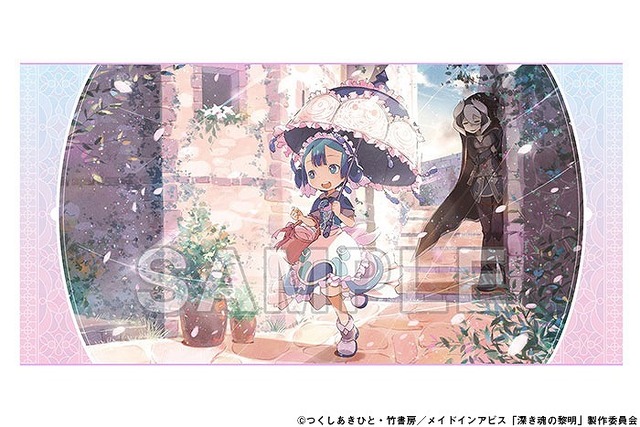 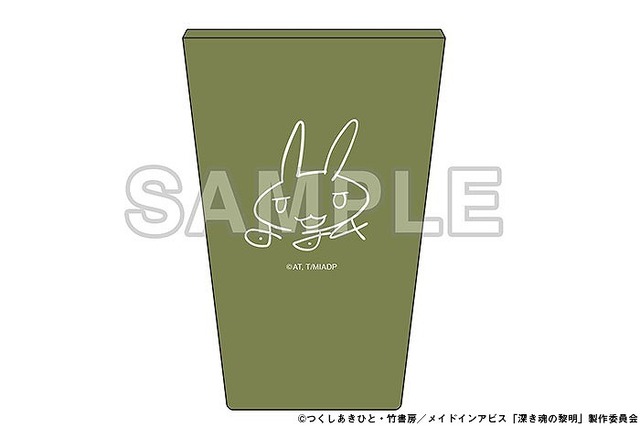 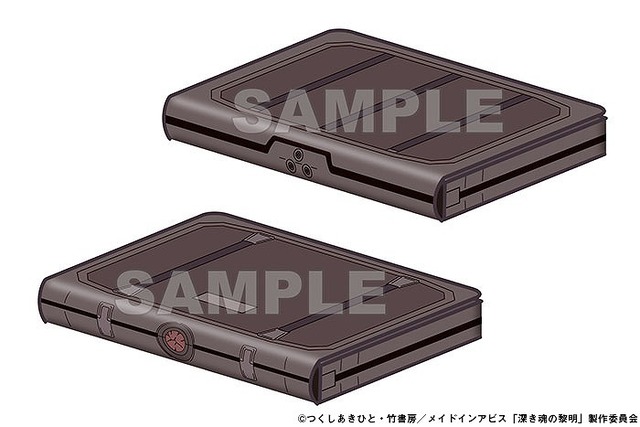 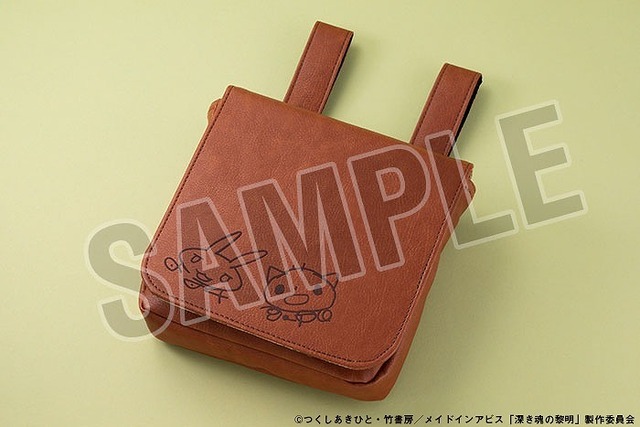 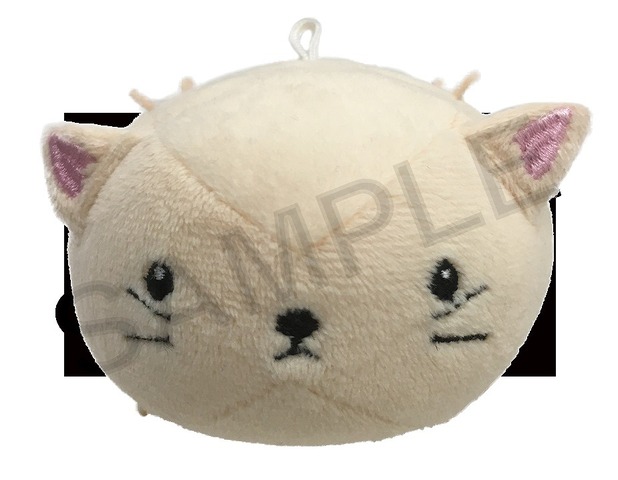 [Collaboration Cafe Information]
■ Theatrical version “Made in Abyss: The Dawn of the Deep Soul” Cafe & Gallery

* When using the collaboration cafe, order one or more collaboration menu items per person.
* During congestion, entry / use time limit (up to 1 hour) may be applied.
* During times of congestion, it may take some time to provide meals.
* Checkout is in cash only. You don't need a black flute to come to the store, but be careful not to forget your cash.
* Except for some exhibits, you can take pictures freely. Posting to SNS is also possible.
* Exhibitions for which photography is prohibited are marked with a photography prohibition mark.

From the official smartphone card battle `` Shadowverse (Shadowverse) '' which has been decided to be animated into TV animation, in addition to the first PV, introduction, story, character, cast info ...