The new PV of "SAO-X Chronicle-in KYOTO" to be held in Kyoto from January 31 (Fri) to February 3 (Mon) 2020 has been released. In addition, it was announced that a new audio guide, "Introduction to SAO World Settings by the Original Author, Reki Kawahara (Narration: Yoshijo Matsuoka)" will appear.

This time, a new PV of "SAO -X Chronicle- in KYOTO" has been released. In addition, it was announced that a new audio guide, "Introduction to SAO World Settings by the Original Author, Reki Kawahara (Narration: Yoshijo Matsuoka)" will appear.

In addition, postcards using illustrations drawn from the Kyoto venue will be randomly distributed as an admission privilege.

Ticket General Reception & Animate Limited Ticket Set is on sale now, so be sure to check it out.

new PV has been released that includes recorded footage from the Tokyo venue and images of newly added exhibits and new goods at the Kyoto venue.
Please check the video below.

audio guide by "Sound AR", instead of the staff's commentary that was recorded in the Tokyo version, a new introduction of SAO world setting by original author, Reki Kawahara (narration: Yoshijo Matsuoka) Recorded!
A super valuable audio guide that reads the world setting introduction of each "SAO" series written by the original author for this event by Yoshito Matsuoka, the role of Kirito. 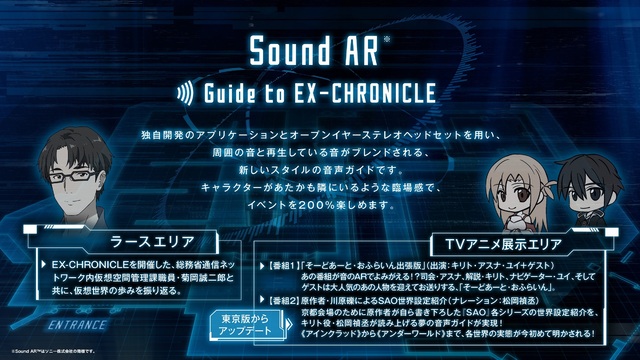 <What is Sound AR?>
A new audio guide using “Sound AR technology” by Sony Corporation, which was well received at the Tokyo venue. By using not only images and information but also <Dual Listening, in which the surrounding sound is blended with the sound being played back>, EX-CHRONICLE's navigator, Seijiro Kikuoka, is familiar to superimpose sound on the outside environment. Character offers a new experience that speaks to you as if you were next to it.
* Sound AR is a trademark of Sony Corporation.

(2) Introduction of SAO world setting by original author, Reki Kawahara (narration: Yoshioka Matsuoka)
Yoshito Matsuoka, the role of Kirito, introduces the world setting of each "SAO" series written by the author himself for the Kyoto venue A dream voice guide to read out is realized!
From Aincrad to Underworld, the realities of each world are revealed for the first time!

[Admission bonus postcards are decided to be distributed]

Original postcards (all seven types) using illustrations drawn down at the Kyoto venue will be randomly distributed as entrance privileges!
During the event, any card will be randomly available no matter which ticket or time of day you enter. 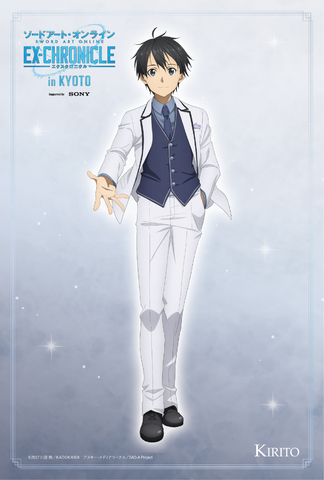 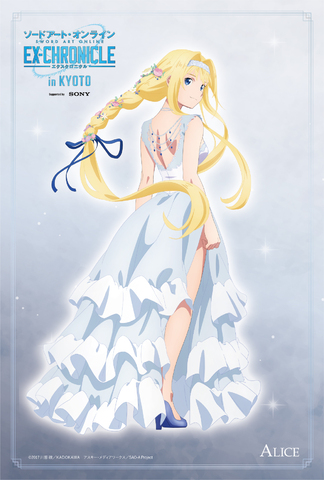 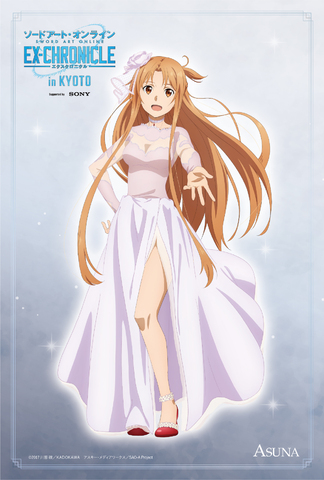 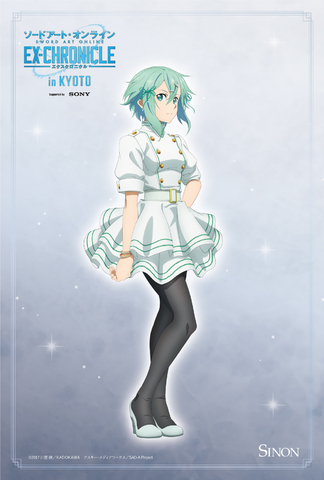 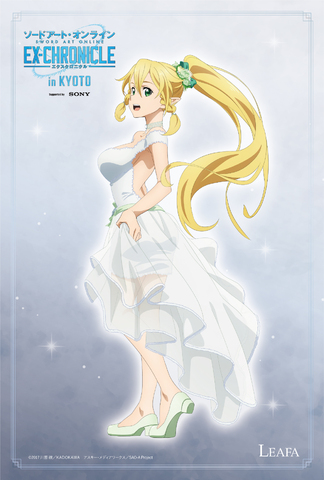 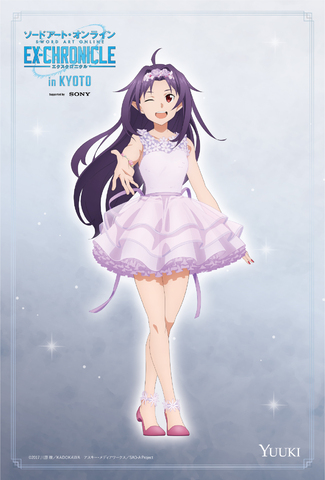 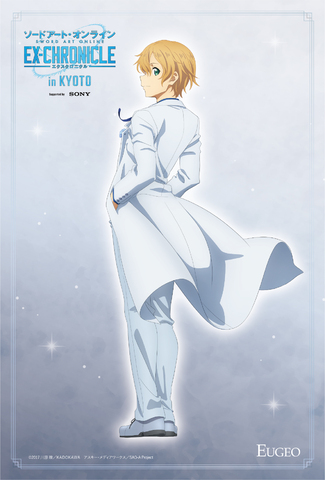 A special ticket with a set of original clear files limited to Animate is on sale in limited quantities!
What if this ticket! Admission at any time during the period! ! (* Excluding some frames)
・ Animate Special Ticket Set: 2,000 yen (tax included)

The TV animation broadcast date for the adolescent HERO comedy " De-class formation Exzeros ", which was said to be impossible to visualize, was decided in July 2020. Along with this announcement, the ...

PREV
Finally broadcast starts on January 10 today! "A Certain Scientific Railgun T"
NEXT
A collaboration cafe for the movie version "Made in Abyss Deep Dawn of the Soul"