Finally, today, the TV anime "Toaru Kagaku no Railgun T", which will be broadcast from January 10, 2020 (Friday), will have a post-recording group photo and the "Toaru" held on January 5 (Sun) Scientific Railgun T "Advance Screening Event Report has arrived.

This time, we will introduce the post-recording group photo and the event report of the "Toaru Kagaku no Railgun T" preliminary screening event held on January 5 (Sun). 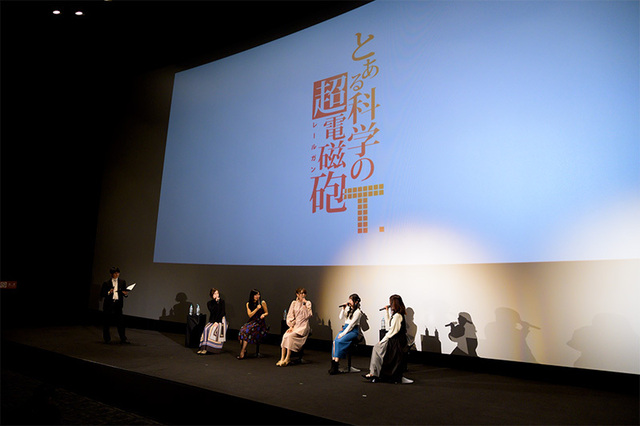 The "A Certain Magical Index" series, including spin-off works, all describe events on the same time axis, but different heroes change perspectives and offer completely different fun. This time, "Toaru Kagaku no Railgun T" is based on Mikoto Misaka, the third-largest psychic in the school city (level 5), and the story is developed from her perspective.
The first episode that was screened that day was of cinematic quality, and for the first time in seven years, those who saw it for the first time would surely be pleased that that worldview had returned, and it was a story that was easy to enter even for the first time . The screening of this main part was over, and Rina Sato (the role of Mikoto Misaka), Satomi Arai (the role of Kuroko Shirai), Aki Toyosaki (the role of a decorative artist in the early spring), and Kanae Ito (the role of the main cast) The role of Tenrakuko) and Anmi Asakura (the role of prayer control). He talks about the first episode with more excitement than the audience who may be excited to see the first episode. "I want to be crisp!" Arai-san runs away, "I think it's only Arai-chan" and Sato-san calmly plucked, and "I was about to cry with the opening title," said Toyosaki. However, Mr. Ito agreed that "The last feeling was also a super-electromagnetic gun!" And that the cast himself was really waiting for the third phase. 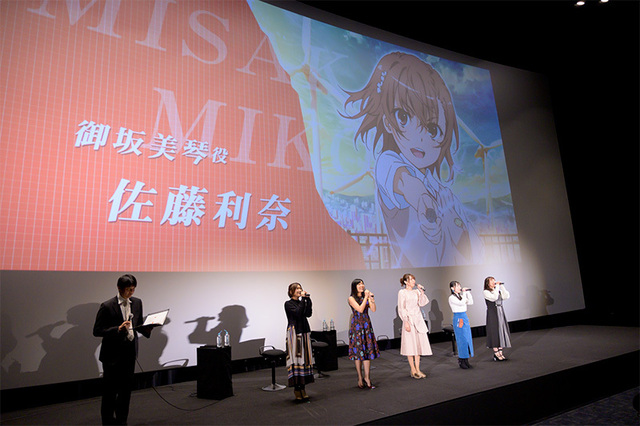 From the beginning, the five people talk in a friendly atmosphere where you can imagine the post-recording atmosphere. When the second stage was broadcast to the audience, they were listening to see if there were any students or looking back on the contents of the second period. Mr. Asakura, who plays the honeybee prayer that appeared in full-scale from this series, said happily, "I am shy, but the air at the recording site is warm and everyone talks so I am looking forward to the weekly recording."

This is a series depicting the events that appeared in the eighth episode of the TV anime "A Certain Magical Index II" called Ohasei Festival. The highlight is what the Mikoto Misaka and others were doing at the Oha Star Festival.``The incident is completely different from the `` inventories '', but there are places where we link a little bit, so enjoy it There is also to have. In addition, I think this series will be more fun because I think each character's depiction will increase, '' says Mr. Sato, and in addition, `` Oha Star Festival which was not drawn in the I'd be happy if you could see something fun, "said Arai.
It seems that many new characters will come out, and the attractiveness of bee operation prayer that will be a full-scale participation is that `` often a warlike place is picked up, but in fact there is a pretty side, so please take a look at it Asakura appeals. " "I have something that we don't have (this is my chest)," added Arai-san. In addition, the 7th-ranking psychic in the school city (level 5) is also a fun character, so watch out.

The ending conveys gratitude from each cast.
"The people I met in the" Toaru "series seemed to be my family, and there were students, members of society, and many others who sent me e-mails on the radio. I thought it would be a miracle to be able to walk with them again for a fun year, two or three years. I hope you can join our "Toaru" family and walk a new path together, "said Mr. Sato, who asked all of his fans for his support and ended the preliminary screening. 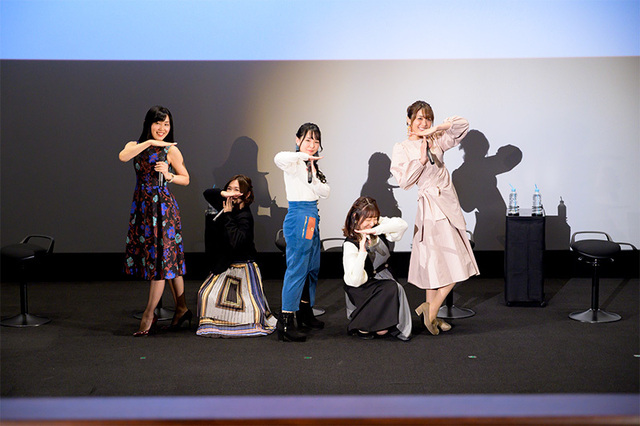 "A Certain Scientific Railgun T" will be broadcast on AT-X, TOKYO MX, MBS, BS11 and AbemaTV from January 10. In addition, Blu-ray & DVD information, store privilege information, OP / ED information, etc. are also released, so be sure to check out the official site. 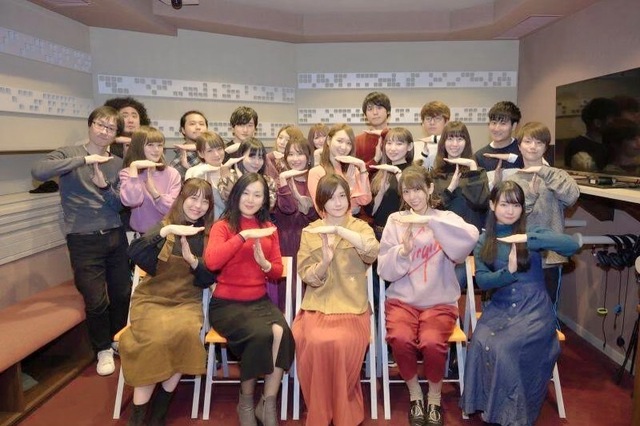 <Introduction> A
huge city in western Tokyo with a total population of 2.3 million. Because students account for about 80% of the population, the city called the "Gakuen City" was developing the power to twist the laws of the world and cause paranormal phenomena-superpowers.
Students who have acquired a special class (curriculum) and gained abilities will be able to perform regular physical examinations (system scans) in six stages, from "incompetence (level 0)" to "super abilities (level 5)" Has been evaluated.
At the top of the list, the seven most powerful people are the most powerful. One of them, Mikoto Misaka. A 14-year-old girl who goes to the prestigious young lady school and Tokiwadai junior high school, who is the highest ability person who freely manipulates electricity and is known as a super-electromagnetic gun (rail gun) Middle school students.
Kuroko Shirai, a junior member of the Judgment Committee. Her colleague, Akari Toshiharu, who longs for a young lady, and her friend who loves urban legends, Namiko Saten. A once-in-a-year major event was approaching the peaceful, mediocre, and slightly unusual life of an academy city with such friends. "Oha Star Festival". A huge sports festival, held over seven days, in which talented people fought hard at school level.
During the period, a part of the school city was open to the public and everyone was uplifting before a lively event that was being broadcast to the whole world. Without even noticing anything that wriggles behind the glamorous stage-.

PREV
Another world fantasy "Spider, what?", TV anime will be broadcast in 2020!
NEXT
"SAO -Ex Chronicle- in KYOTO" new PV release!