The TV anime `` High School Fleet '' aims to become `` Blue Mermaid '' in a world where marine cities and sea routes have developed and the occupation `` Blue Mermaid '' that protects the safety of the sea is a longing for female students A work depicting the school life of girls attending Yokosuka Women's Ocean School.

Set on the stage of “Japan has become a maritime power by submerging the land,” Akino, the captain of the educational ship “Harukaze”, Deputy Director Mashiro Soya, the rich personality of friends who spend time with the ship, Attractively depicts their relationships. In addition, the fleet battle scene, which at first glance mismatched with cute characters, was realistically described based on the elaborate setting proof that the military fans were convinced, and it became a big topic from the start of broadcasting. From January 18, 2020 (Saturday), "High School Fleet for Theater" will be a national road show.

The digital stamp rally “Pinch with Smartphone Touch!”, Which tours Yokosuka area's facilities and shopping streets, will be held in conjunction with the release of “Theatrical Version High School Fleet” and the completion announcement event.
At the same time, it was announced that one Keihin Kyuko Bus wrapping bus designed with the image of "High School Fleet for Theater" will be operated.

“Pinch with Smartphone Touch!”, Which runs from Sunday, January 12, 2020 to Tuesday, March 31, 2020, is a digital stamp rally that tours Yokosuka's facilities and shopping streets. By touching the plates installed at all 13 checkpoints in the Yokosuka area's landmark facilities and shopping areas, including the places related to the "High School Fleet", with your smartphone, or by reading with QR code You can save digital stamps. If you collect a certain number of stamps, you can download the original wallpaper without fail, and a limited clear file will be given to the first 1,000 people who have collected a certain number of stamps.

From January 13 (Mon./holiday) to March 2021, there will be one Keihin Kyuko Bus wrapping the image of "High School Fleet for Theater".
Prior to the service, a wrapping bus operation commemorative talk show will be held at the “High School Fleet Theatre” completion event to be held at Mikasa Park on Sunday, January 12, so please check it out. I want to. 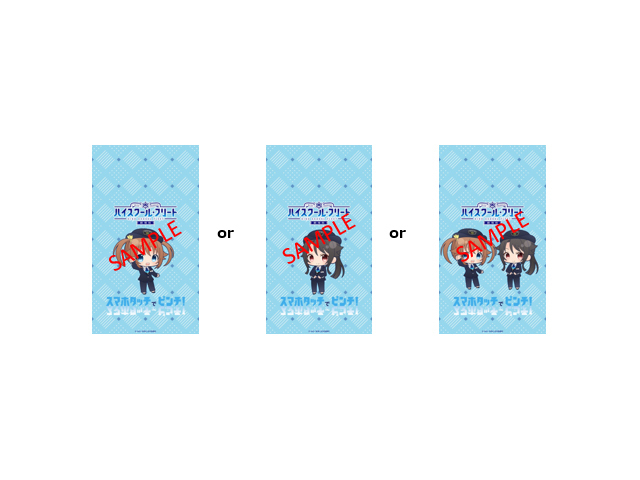 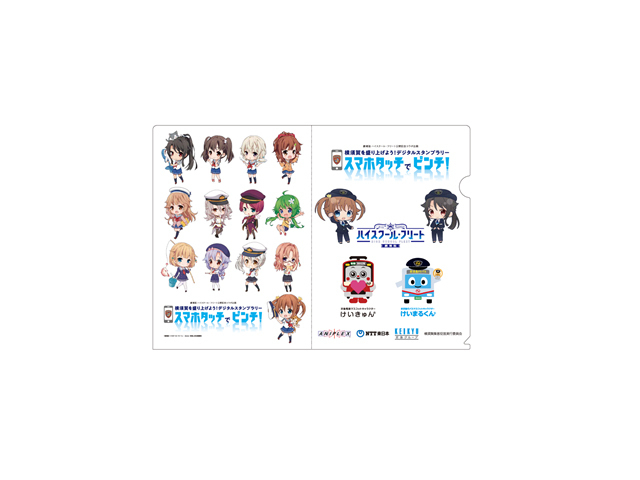 ※ The image is an image, it may be different from the real thing.

<Introduction>
About 100 years ago, Japan lost a lot of its land due to submergence due to plate slippage.
Floating cities built one after another for the purpose of national land preservation became marine cities, and with the increasing number of routes connecting them, the profession "Blue Mermaid" to protect the safety of the sea became a longing for girls.

Akino Misaki, who enrolled at the Yokosuka Women's Ocean School, admired for the “Blue Mermaid”, was appointed captain of the cruiser “Harukaze” and participated in marine training with members of the class. There should be a number of crises (pinch) waiting for them, though they should have been on a safe voyage just to move their ships to their destination. A sudden fire from a teacher ship, a battle with a runaway student ship, a rescue ship rescue operation, etc. It was

One month after the turmoil, a new crisis (pinch) arrives for Harukaze members enjoying the test break. It means that the fine wind class will be dismantled. Harukaze members became unanimous and united again, preventing the class from being dismantled and deepening their bonds.

Harukaze members who have overcome many difficulties in this way.
What is the new "crisis" that comes to them?

Ships to protect (no) and sea routes to go (mirai).
A new story of girls begins!

Pre-orders for all 4 volumes of "Jotsugumo" BD begin

Pre-orders for the 1st to 4th volume BD / DVD of the anime " Mitsutsugumo " have started. It will be released sequentially from June 10. Each BD includes three episodes. Special bonuses include a spec ...