The original is a popular fantasy manga serialized in "Good! Afternoon" (published by Kodansha). Set in a world where the dragon reigns as the champion of the sky, and is also useful as a "treasure mountain", the crew of the dragon hunter "Quin Zaza", which performs "Orochi hunting" including Mika, the main character Of people traveling while traveling in the sky. The animation version is produced by Polygon Pictures of "Knight of Sidonia" and "Ajin". 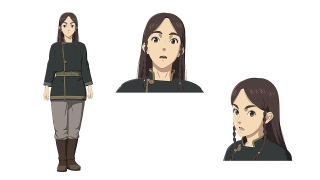 Sakura plays the role of a bright girl Katya working from an early age at a bar in Quorn City, the dragon base, and Senbongi plays the role of Nanami of the Senboushi family, who dismantles and processes dragons. Sakamoto plays Asquera, a female hunter (matagi) who lives at the foot of Mount Kin, and Suzuki plays the Ura Grandfather, who has been with Mika for a long time. On the anime version official site, comments of each cast are posted. 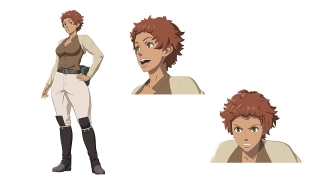 Also, the opening video of the first episode (about 3 minutes and 20 seconds) was released before the broadcast. Includes an action scene in which the crew members of the Queen Zaza confront a giant dragon.

In addition, the live-action program “MIKA'S Kitchen” featuring Mika Tomoaki Maeno will be distributed. Maeno, along with chef Koji Modeki of the long-established western restaurant `` Taimeiken '' in Nihonbashi, Tokyo, is a culinary variety program that challenges the reproduction of the recipes appearing in the work, a total of 12 times from January 8 on the first broadcast day of the animation , Will be released on the official Twitter and "+ Ultra" YouTube official channels.

From April 10, the outline and scenes of the TV animation "LISTENERS Listeners" TRACK02 "" Half Human "HALBER MENSCH" broadcast on the "Animation" frame were released. . . . . . . Eco and Miu jumped o ...